Trump to Create a ‘Gigantic’ Military to Scare Off Beijing 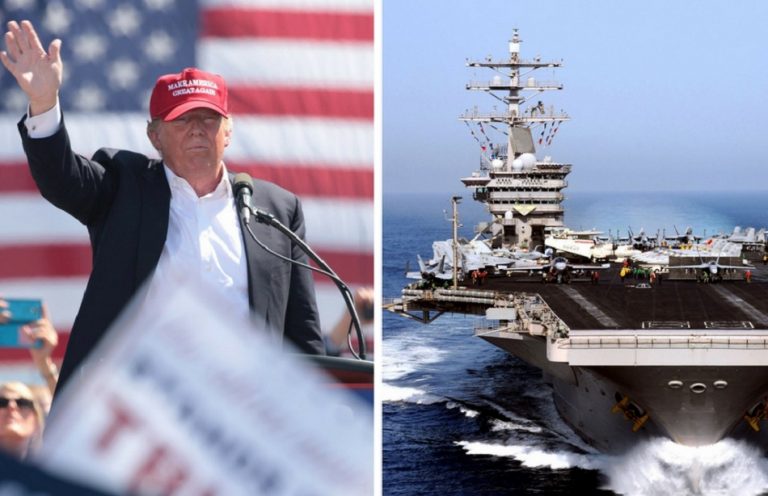 President-elect Donald Trump says he wants to rebuild the U.S. Navy toward a goal of 350 ships. (Trump image: Gage Skidmore via Flickr)

The potential flashpoints in the South China Sea and the East China Sea didn’t get much of a mention during the race for the U.S. presidency, largely because they aren’t core issues for domestic America. If there was any China-related talk during the campaign, the now President-elect Donald Trump mostly spoke about trade issues with the Asian giant.

So far, there is little detail regarding Trump’s potential policy for the Asia-Pacific, but Rudy Giuliani, one of Trump’s closest advisers and potential secretary of state, gave some indication of what the U.S. has planned.

Giuliani told global business leaders in Washington some of the details of how the U.S. was planning to rebuild its military, and what this could mean for China.

The former New York mayor said that the number of U.S. Army troops would rise to 550,000, instead of shrinking it to 420,000, reported The Australian. This figure is confirmed on Trump’s website, as was the intention to take their Navy up to 350 ships instead of going to 247.

“If you face them with a military that is modern, gigantic, overwhelming, and unbelievably good at conventional and asymmetric warfare, they may challenge it, but I doubt it.”

Trump’s biggest challenge in the Asia-Pacific is Beijing’s claims that the South China Sea is its territory. That’s a 1.4-million-square-mile chunk of open ocean where some $5 trillion of ship-borne trade passes through annually.

The Philippines, Vietnam, Malaysia, Brunei, and Taiwan also have contesting claims in the area, but what Beijing is doing dwarfs all of their efforts combined.

To back up claims that stretch 1,200 miles from its own shoreline, Beijing has been busy turning atolls and rocky outcrops into islands that are being militarized, says the Pentagon. Around 3,000 acres of new territory have been built on seven reefs.

Beijing also has conflicting claims against Japan in the East China Sea.

See what Trump said in September about how he would build up the American military in this AP Archive video: