The Humble and Honorable Empress Ma 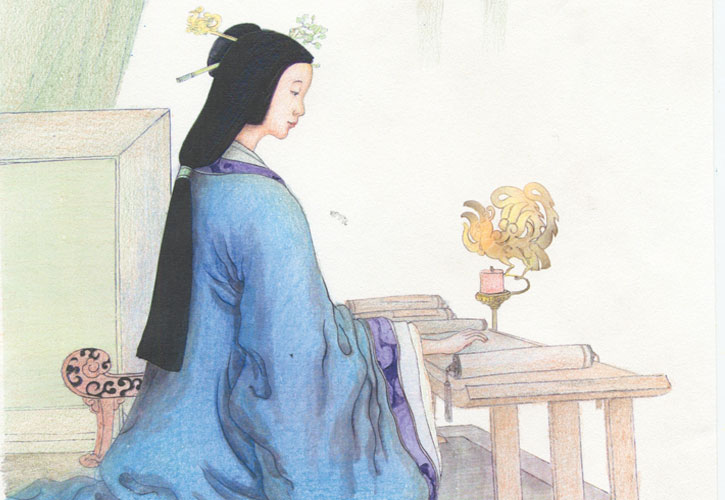 Empress Ma told her officials that if anyone from her family tried to meddle in state affairs, tried to gain favors, or make influential connections, they should be punished in accordance with the law. (Image: via Taste Of Life)

Empress Ma was married to Emperor Ming of the Eastern Han Dynasty. He was strict in not allowing relatives from her side of the family to gain power or to ascend to high-ranking posts. When Empress Ma‘s adopted son, Liu Da, succeeded to the throne after Emperor Ming’s death, he wanted to express his gratitude by conferring titles upon Empress Ma’s three brothers. She firmly refused, saying:

“Anyone suggesting this is only trying earn my favors so that they can further their own agenda.

“Do you think that I want to wear rough clothes, eat raw food, and wear no fragrance? No, it is because I have to set an example!

“I went back home two years ago. Our house was full of people who kept coming and going just to greet me.

“The house servants wore nice clothes, while my attendants were shabbily dressed in comparison. I said nothing, but I stopped their yearly allowance in the hopes that they would reflect on their lavish behavior. It is better to be stern than to spoil.

“Conferring titles upon my brothers might corrupt them and lead to the usurpation of power.”

Empress Ma would even ounish family members for doing wrong

Empress Ma told her officials that if anyone from her family tried to meddle in state affairs, tried to gain favors, or make influential connections, they should be punished in accordance with the law.

She also told her relatives that anyone who violated the law would be expelled from the clan, and would live as a peasant. Such words caused the Ma family to be careful in all of their actions and deeds. Empress Ma wrote to her three brothers when she heard that her adopted son once again tried to confer titles upon them. She wrote:

“When I was young, I admired the ancients for their words and deeds. Now that I am old, I have taken great care to protect my name and not to tarnish it.

“I ask you, my brothers, to do the same, as I do not want any regrets when I leave this world. But how can I be happy knowing that you are still lusting after titles?”

The brothers refused the titles after reading her letter. Empress Ma passed away peacefully, with her reputation firmly intact.

Translated by Cecila and edited by Kathy McWilliams