Legend Behind How Each Chinese Zodiac Sign Was Chosen 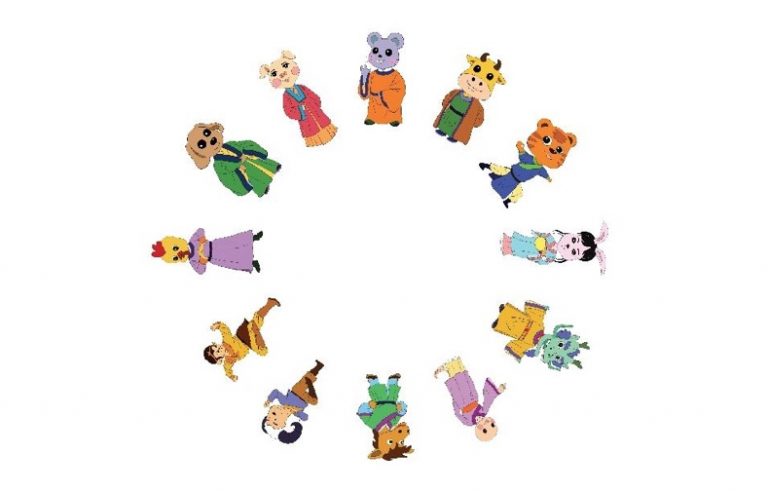 The Jade Emperor sent his servant into the forest to announce that there would be a race among the animals, with a special prize for the 12 winners. (Zhiching Chen via Epoch Times)

There are numerous legends about how each Chinese zodiac sign was chosen. This is one of the most well-known. A long, long time ago, the Jade Emperor in the heavens was celebrating his birthday. Unfortunately, at that time, there was no way of counting the years, so he couldn’t be sure how old he was. He decided to come up with a method to count the years.

He sent his servant into the forest to announce that there would be a race among the animals, with a special prize for the 12 winners. When the animals heard the news, they all wondered what the prize would be.

How the Chinese Zodiac came about

On the day of the race, the Jade Emperor arrived on a golden chariot. As he cleared his voice to speak, the animals fell silent. The emperor said:

On the day of the race, all the animals lined up on the starting line. With the drop of a flag, the race began and the animals sprinted toward the river. The first to arrive were the cat and the rat, but they soon realized that it was further than they had thought. In fact, it looked pretty dangerous.

They sat wondering what to do when the ox arrived. Suddenly, the rat had an idea. “Hey ox, do you mind carrying us across the river?” he asked. The ox was a kind animal, so he readily agreed.

“Congratulations!” said the emperor. “The first year shall be named after you.” The ox was furious about being cheated, but as the second animal across, he got the second year.

There was a long gap until the tiger arrived, exhausted after a difficult swim. The emperor was pleased with his efforts and named the third year after him. The tiger was followed by the rabbit, which surprised the emperor. “Everyone knows rabbits can’t swim. Surely you cheated!”

The rabbit explained that it was true, he couldn’t swim, but he had managed to cross the river by jumping across the stones and sailing on a log. This impressed the emperor, who awarded him the fourth year.

The emperor was delighted with what he had seen so far. All the animals had shown tremendous resourcefulness in crossing the river, but he had expected the dragon, which could both swim and fly, to easily win. Yet the dragon was nowhere in sight.

Just then, a shadow descended over the animals as the dragon swooped in to land. “You finally made it. Where have you been?” asked the emperor. “I had to make it rain and then I saw a rabbit trying to cross the river on a log, so I had to create some wind to help him cross,” said the dragon. “Very well, you’re the fifth animal so you get the fifth year,” said the emperor.

The successful animals gathered on the bank and watched as the rest of the contestants swam across. Before long, the horse came into view. The horse was swimming furiously and was just about to make land when a snake slithered out from under his hooves.

The horse was so surprised that he reared up in shock, allowing the snake to slither across the line for sixth place. The horse got seventh and was happy enough with that.

Then came the most amazing sight of an amazing day — a rooster, a monkey, and a goat traveling together on a raft. The rooster had found the raft, and the other two had helped to navigate and clear away reeds. When they finally touched down on the bank, the emperor was delighted.

“I have never seen such a remarkable display of teamwork!” and with that, he granted the goat the eighth year, the monkey the ninth year, and the rooster the tenth year.

There was long gap until the next animal arrived. The emperor was beginning to wonder if any other animals would make it across and whether he had made his challenge too difficult. But he needn’t have worried because just then, the dog appeared, nearing the shore.

The dog explained that the water had been so clean that he couldn’t resist bathing in it. The emperor laughed and duly awarded him the eleventh year. So it just remained to be seen which animal would get the final place.

The animals were discussing the subject when the pig appeared on the bank, earning him the twelfth year. The emperor’s trumpet players issued a fanfare and the emperor began to speak:

“Congratulations to all the animals that made it across the river today. Your names will be remembered forever because of your amazing efforts today.”

And this is how the 12 animals were chosen to be each Chinese zodiac sign, with each animal representing a different year. But whatever happened to the cat that sat on the ox’s head? Well, the rat pushed him back into the river before they reached the other side and he was swept to the other bank. Since that day, rats and cats have been enemies.