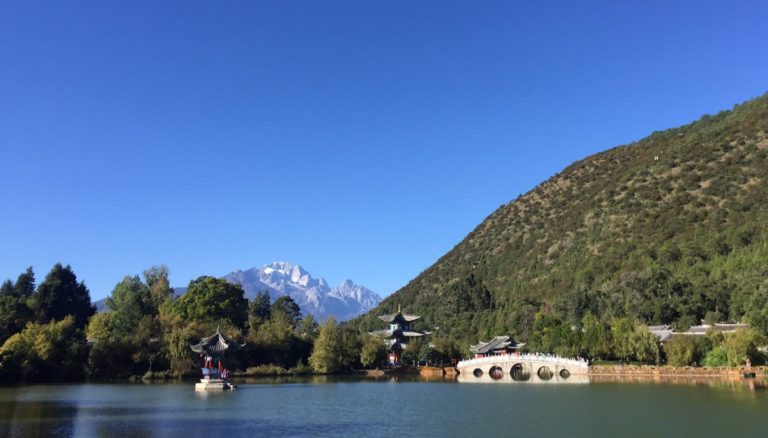 Yunnan Province, China. China's ethnic melting pot. Its landscapes are as grand as its people are diverse. (Image: Tony Ying via Nspirement)

If there were any place that deserves the crown of diversity, then it most probably would be Yunnan Province, China’s ethnic melting pot. Its landscapes are as grand as its people are diverse. While bordering Vietnam, Laos, and Burma, almost half of China’s 56 minority groups are situated here.

Every trip is part of more than a visit to special scenery, the taste of exotic food, or the smell of that salty ocean breeze at the coastline of a dessert or a tropical island.

Travel can also function as a tool to get to know more about who you are, revealing those diverse aspects of yourself that only come to light as you experience the sensations of beauty and wonder imparted by the natural splendors of the world.

Places to visit in Yunnan Province

What better place to start sampling this province, located in the southwest of China, than Kunming, Yunnan’s capital and also its largest city?

Kunming also goes by the name “spring city,” getting this nickname from to the mild spring-like weather that dominates most of the seasons.

While surrounded by temples, lakes, and limestone hills, Kunming is also home to 7 million inhabitants, an astronomical observatory, and Yunnan University, which is regarded as the largest and most prestigious university in China.

A sense of authenticity and peacefulness, just watching the people go about their daily routines calms your heart and sharpens your mind. The farmers here live in simple homes, and the majority grow crops.

Most people here still use horseback as their only means of transport. It’s a common sight to see people work their fields relying solely on manual labor to do their farming. This area is remote and cannot be reached by public transportation.

It seems like a forgotten land, isolated, and beyond the concrete maze, peaceful and serene. Without the gray shade of skyscrapers scratching the soft belly of passing clouds, the sky here seems bluer than elsewhere.

Not far from Sha Xi village, isolated from the common routes of public transport, is a little mystifying location in Jian Chuan County. The structures are built around and merged with the naturally existing caves on the flank of the cliff.

No travel agency has this place in its sightseeing package. To even get here, one has to know the location and drive there oneself. To outsiders, this place is unknown. If you are lucky, you can hitch a ride with a group of people from Yunnan University as we did.

The surrounding scenery is beautiful, with green pastures and tree landscapes that are reminiscent of a time long past, but somehow preserved like in a bubble, right here and now. I can only describe the sensations, drawn from the brushes of air, the smell of the moist earth, and the vegetation, as being magical.

After scaling the path and stairs that lead to the outlook, the view is simply mesmerizing. Overlooking a green valley, do not be surprised if some of the indigenous wild monkeys join you while you are taking in the stunning view and peaceful atmosphere that this more than 200-year-old cave dwelling radiates.

Apparently, this site even has the status of a cultural heritage place. Surprisingly, many of the historic sites in this region are still well preserved.

Besides being home to numerous ethnic minorities, Yunnan Province was once transited by many merchants and their caravans. Most of them transported tea, which gave a network of caravan paths winding through the mountains of Sichuan, Yunnan, and Guizhou in Southwest China its well-known name, the “Tea Horse Road.”

“Around a thousand years ago, the Ancient Tea Route was a trade link from Yunnan, one of the first tea-producing regions, to Bengal via Burma; to Tibet; and to Central China via Sichuan Province.”

Compared to the previously described remote areas we visited, this area, close to the Li River and Jade Snow Mountains is quite popular among tourists.

Nearby, Linhai City’s concrete buildings and skyscrapers grow out of the ground like mushrooms after a rain. Linhai and its surroundings are well visited by tourists, who flock there to see the popular tourist attractions, among them, the famous golf course at the foot of the mountain.

Linhai is a county-level city in Taizhou, Zhejiang Province situated on the banks of the Lin River in Eastern China.

Did I encounter diversity? Yes. The different people in the different parts of Yunnan are like different sorts of flowers growing on a spring field, each with its own color and scent.

I wasn’t able to find an answer to every question, but every experience on my journey presented a key to a new door of wonderment and magic waiting for me to explore on my next journey, wherever it may take me.