The Legend of Chinese Steamed Buns 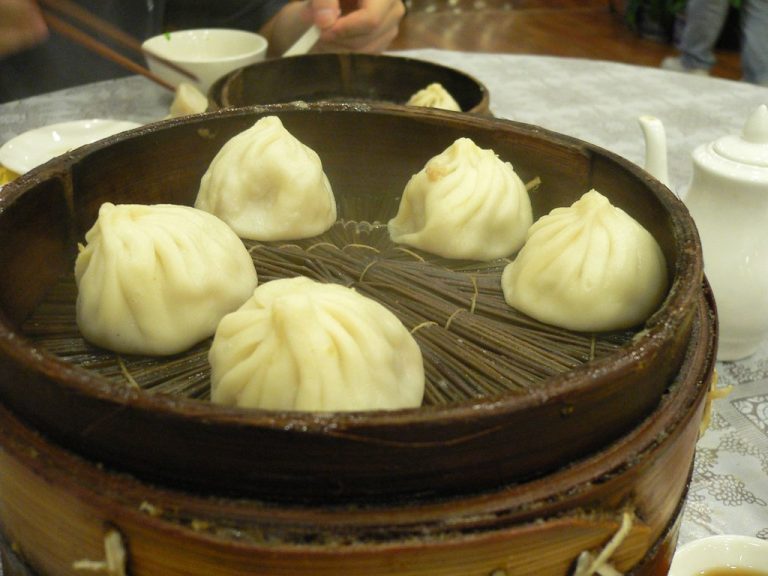 The history of the mantou, or steamed bun, in China goes back to the eastern Zhou Dynasty (771 B.C.). (Image: Matt Chang via Flickr)

The history of mántou (饅頭), or Chinese steamed buns, in China goes back to the Eastern Zhou Dynasty (771 B.C.). At that time, people were already steaming and eating fermented flour dough, and called it Yi food.

Do you know who invented the steamed bun? According to Ming Dynasty scholar Lang Ying, the original name for mantou was barbarian’s head. During the Three Kingdom Period, barbarians used human heads to worship gods.

Chancellor Zhuge Liang waged a battle to suppress the Southern barbarians and won. On his way back, he and his army had to cross the Lu River, which had big, stormy waves. The locals told them that using human heads as a sacrifice was the only way to cross the river.

Zhuge Liang couldn’t bear to kill innocent people, so instead, he ordered his soldiers to kill some of their animals and put beef and lamb into flour dough in the shape of a head and steam them, and then throw them into the river as fake heads.

Since they were fake heads to fool the river god, they got the name Cheat Heads. Others say they represented barbarian’s heads, so they were called Barbarian’s Heads. Thus, mantou were born from the good thoughts of Zhuge Liang. The mantou he made at that time were in fact modern-day meat buns.

After the Han Dynasty, with the popularization of stone mills, people started grinding wheat flour. Steamed flour-based food also became popular among people of the Yellow River basin. In the book Shiwu Ganzhu, it is recorded that King Zhaoxiang of Qin made baked flatbread.

Xiao Zixian wrote in the Book of Southern Qi that the imperial court required the use of Mianqi bread during worshipping ceremonies, that is “to put yeast into the dough to make it become light and fluffy.” It is said that Mianqi bread is the earliest known form of Chinese steamed buns in Chinese history. Thus, these fluffy steamed buns were used during worshipping ceremonies.