Why Do Chinese Wear Masks? 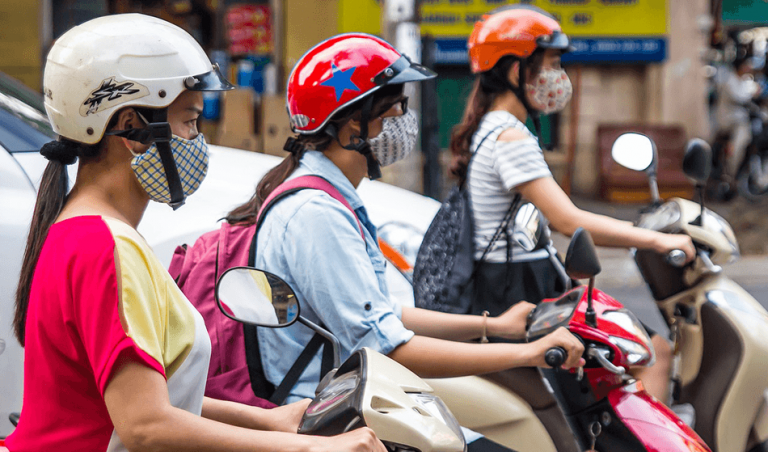 Air pollution is killing around 4,000 people per day in China. (Image: via Pixabay)

There are many reasons why Chinese wear masks while in the U.S. — pollution is everywhere, as are airborne illnesses. But why is the mask-wearing trend primarily limited to East Asian people? Is there a valid reason to wear masks?

Here are six of the most common reasons to answer the question: Why do the Chinese wear masks?

Chinese wear masks to protect others

In many Asian countries, it is a common occurrence for people to wear masks if they feel like they’re getting sick, even it is just a slight cold. They do this as a courtesy to prevent spreading their own infection to others.

In 2002, Hong Kong suffered from a SARS outbreak. Now, when Hong Kongers get a cold or flu, they use masks to both stop the disease from spreading and just in case they are suffering from something more serious than a simple cold.

So if you find yourself suffering from the sniffles, perhaps you should do like the locals and put on a mask.

In a city that is densely populated like Hong Kong, infectious diseases spread rapidly; this was the case with both SARS and Avian Flu. The SARS outbreak in Hong Kong during 2002 had spread within weeks, infecting individuals from 37 countries, and causing the deaths of 774 worldwide, nearly causing a pandemic.

During the SARS outbreaks, panic ensued; now, residents from Hong Kong are quite understandably obsessed with germs and wear face masks due to lessons learned during these outbreaks. The question remains, do they work? Unfortunately, most masks used do not completely stop viruses. A higher-rated mask would be required to reliably block micro-particles as small as viruses and bacteria.

However, in saying that, viruses and bacteria are aerosolized through coughing or sneezing. This means that they are contained on water droplets that are larger than the size of an individual virus or bacteria. So a regular surgical mask would generally be sufficient for blocking these. While surgical masks are not 100 percent effective, they can reduce the risk of transmission by a significant amount.

Taking into account how cheap surgical masks are, it’s certainly worth the cost and effort to put one on.

There is an underlying factor that led to this, and that would be the negative health effects that China now faces with its air pollution. This is due to China’s rapid economic growth built on an abundant supply of cheap, dirty fossil fuels, and its poorly regulated and heavily polluting factories, along with its widespread urbanization.

There are numerous studies that point to the negative health effects that China now faces. One report has claimed that air pollution is killing around 4,000 people per day; this accounts for one in six premature deaths.

A University of California report calculated that about 1.6 million people in China die each year from heart, lung, and stroke problems from polluted air alone. Other studies have put China’s yearly air pollution death toll at 1 to 2 million.

Studies have found that for many young people, the mask has evolved into social firewalls; healthy teens are now wearing them, along with headphones signaling to others the lack of interest to communicate.

There is also a new trend in some Asian cultures to use masks for fashion or for utility. Many women are now wearing marks to avoid having to put makeup on, finding it easier to slip on a mask than it is to spend time applying makeup.

Pop stars, actresses, and models have also been seen wearing them to avoid being recognized. Now, fashion brands have started producing masks with prints of flowers, animals, faces, or cartoons appealing to the younger population.

Since Asian people are generally very shy, the mask helps them to avoid any unwanted public attention. This is particularly true for young women who are seeking to avoid harassment on public transport; it also indicates a lack of desire to communicate with those around them.

Most Asian countries have largely had some influence by Taoism and traditional Chinese medicine, in which breath and breathing are seen as a central element in good health.

Qi is a central concept in Chinese cosmology, and generally has to do with energy and vapor. Qi has a number of meanings in Chinese, which include “air” [kong qi], “atmosphere” [qi fen], “odor” [qi wei], “strength” [li qi], and “pathogen” [xie qi].

When the body is depleted of qi or its movement impeded, pain and disease will develop. This is why breathing is critical to maintain good qi in the body. The intake of “feng” [noxious wind] (pollution) is considered the most toxic and common of traditional Chinese medicine’s “Six External Causes” of disease.

Do they really work?

Well, the answer is a disappointing “kind of.” There are studies that show that masks do reduce the amount of bacteria entering the air when we cough, talk, or sneeze. However, while a mask may stop some of the larger bacteria, you are still vulnerable to many other types of disease.

It is also important not to forget that a little bacteria is not a bad thing for our immune systems, which need to be given a chance to work from time to time to stay strong. Either way, just remember to wash your hands, and don’t go out when you’re on death’s door.