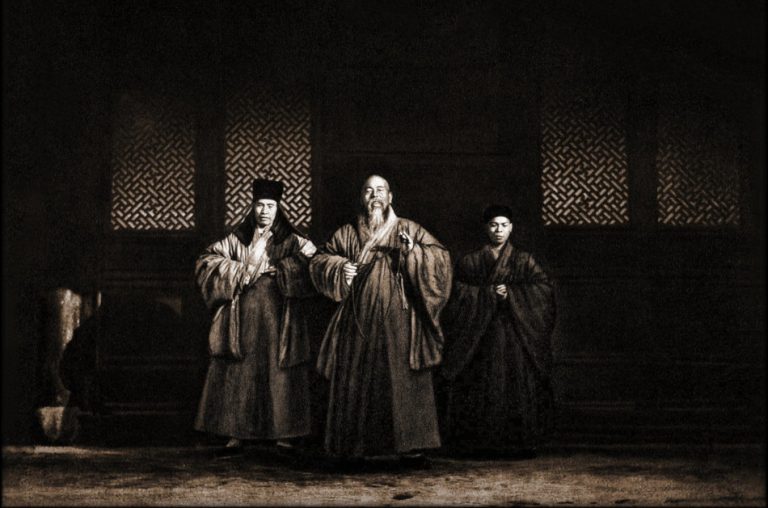 There is a story from ancient China about Emperor Tang Wenzong, the 15th emperor of the Tang Dynasty, who had an exquisite pillow carved of precious white jade that he hid among his draperies. However, one day it disappeared.

Emperor Tang was shocked, as his inner palace was very secure. Only his concubines could gain access. He wondered why nothing had happened to any of the other rare antiques he owned.

He ordered a search for the thief in the capital and secretly summoned his prime minister, courtiers, and military generals, saying: “It must have been done by someone inside; the thief must be in the palace. If we can’t even keep thieves out of the palace, how could we prevent a coup? You all need to focus on getting the pillow back. When something from the palace goes missing, it is no small matter. Palace guards, you must catch the thief and punish him.”

The palace officials timidly apologized to the emperor and promised to catch the thief within 10 days. Although gold and silver were offered as a reward for the thief’s capture, nobody had a clue where they might find him.

Many suspects were arrested, but there was still no trace of the lost jade pillow.

The 2nd in command of the imperial military, Wang Jinhong, had a young servant. Even though the servant was only 18 years old, he was very clever and never failed at any task assigned by General Wang.

General Wang held a feast with his colleagues and invited a young concubine to strum the lute for them, but the girl complained that General Wang’s lute was not good enough. She said she could only put on a good performance if she had her own lute, which was in a town far away. But it was already very late and the gates leading out of the capitol were locked. It was impossible for them to go get the girl’s lute.

When the young servant heard this, he said: “No worries, I’ll be back with your lute shortly.”

General Wang didn’t believe him and said: “Don’t you know that the bells signifying the locking of the city gates were just rung? It’s impossible for you to leave the city now.”

However, after a few rounds of wine, the young servant was back and pulled the girl’s lute out of an embroidered bag.

Wang was surprised to see him back with the lute in such a short time. This made him think that his servant would be helpful in finding the thief. He also suspected the servant himself might be the thief.

He summoned the servant and asked him: “You’ve been in my service for years, and I know that you are a very special person, but tell me the truth, did you steal the emperor’s pillow?”

The servant replied: “No, I didn’t steal the pillow! “ He then humbly said: “The only thing that I am good at is walking fast.”

Then the servant said: “You know that my parents are in Sichuan Province. Several years before I left my hometown to try and make a living here in the capital, I was very lucky to meet you, who has guided and supported me. As I’ve been here with you for quite a long time, and am getting very homesick, I’d like to return to my hometown soon. But in order to express my gratitude, I’m going to help you catch the thief, as I know who he is.”

General Wang then said: “If you can catch the real thief, you’ll be saving the wrong person from execution, as there are many currently in prison.”

The servant asked Wang to give him three days to prepare.

General Wang asked: “Do you need some bodyguards so you can catch the thief?”

The servant replied: “The thief is Tian Penglang, who hides among the soldiers and is very strong. He is skilled in roof-walking, so in order to catch him, you have to break his legs; otherwise, you won’t be able to catch him even with millions of soldiers. I am going to track him for two nights and look for a chance to grab him. You can personally come with me, but you must keep it a secret.”

It hadn’t rained for over 10 days, the ground was dry, and the dust was incredibly thick. The next morning, General Wang stood beside the city gates with his servant.

Suddenly, the servant pointed to a group of people and murmured to General Wang: “The second from the middle is the one who stole the jade pillow.” Within a second, Wang saw the leg of the suspected thief struck by a bat, and then he was rolling on the ground, groaning in pain.

The thief spoke to the servant, frightened at the sight of him, and said: “My God, it’s you! I’ve feared nothing except you since I stole the pillow. Now you are here, and I can’t deny my actions.” So after he confessed everything, he was put into prison.

The emperor was very happy to hear this news, and he released all the other suspects. When he and General Wang were ready to reward the young servant, he was nowhere to be found.

It was said that once he fulfilled his wish to express his gratitude to General Wang, he left straightaway for his hometown, waiting for neither reward nor recognition. This is how a lowly servant made his mark in ancient China’s history and gained everyone’s respect.