Legend of the Spiritual Lingzhi Mushroom of Immortality 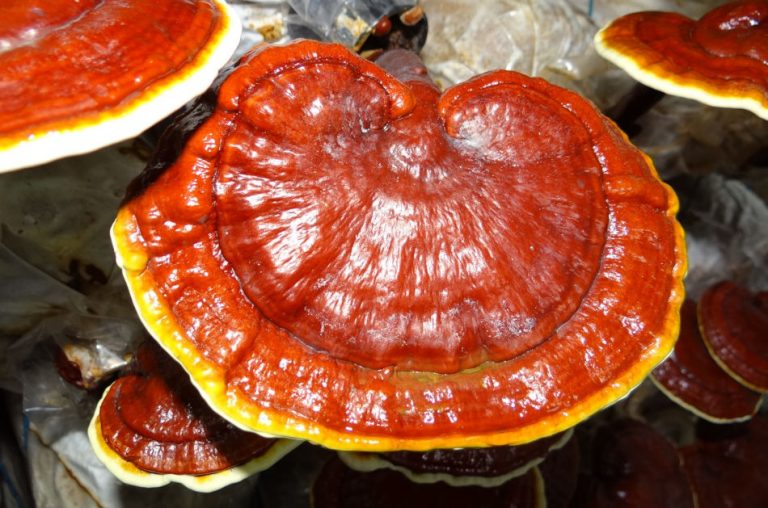 It is said that a wild Lingzhi mushroom (also known as the reishi mushroom) can benefit your spirituality more than any other herb or substance known. (Image: via Pixabay)

A long time ago in a small Chinese village, there lived a dedicated student with a great ambition to pass the empirical examinations to become a government official. This student was called Mr. Ambition because he was so ambitious.

However, he’d failed the examinations a dozen times. Mr. Ambition decided to shift his ambition and become a Taoist monk instead. He thought enjoying longevity as a monk was more important than becoming a government official. So he put the mundane world behind him and went to stay in a temple on the mountain. There, he became a dedicated Taoist monk, fasting regularly and eating vegetables only.

After having been a Taoist monk for less than a year, one day, Mr. Ambition looked at himself in the mirror. To his astonishment, he saw that he had lost a lot of weight and looked like a stick. He was so scared about his health that he decided to leave the temple immediately and return to the mundane world.

Not long after returning to the city, Mr. Ambition made a fortune through his construction company; however, his fortune did not help him regain his good health. One day, while building a large apartment, Mr. Ambition’s workers dug out a strange object from the ground. With its thick flesh and soft body, it almost looked like a huge human hand. Everyone was scared, but particularly Mr. Ambition. “Could this be a bad omen for me? Would the building collapse after its completion?” He worried and decided to ask a fortune-teller.

“This object signals a real disaster for you, Mr. Ambition” said the fortune-teller.

“How can I prevent this disaster?” asked Mr. Ambition. “I will do anything.”

After a long pause, the fortune-teller said: “Well, you could turn the upcoming disaster into good luck if you had the courage to eat the strange object.”

Mr. Ambition was initially shocked at the suggestion, but later agreed to it and ate the big fleshy object that night at dinner. It didn’t taste as bad as he had anticipated it would; in fact, he somewhat enjoyed its taste.

A few days later, Mr. Ambition began to feel dramatic changes taking place in his body: His complexion improved considerably, he put on weight, his grey hair returned to its original color, and he looked much younger than his age. He really felt great!

Later that week, a Taoist monk passed by the construction site where Mr. Ambition was working. Spotting Mr. Ambition, he stopped and said: “Sir, you look different from other people. Could I take your pulse?”

After taking Mr. Ambition’s pulse, the Taoist monk asked him: “Did you possibly eat something that looks like a big human hand?” Mr. Ambition told the monk the whole story. The monk said: “Sir, the strange object is a herb called “spiritual vegetable meat.” Since you’ve eaten it, you no longer belong to this mundane world. You ought to come with me to the temple on the mountain, where you can be a Taoist monk and enjoy immortality on Earth.”

Mr. Ambition took his advice and went back to the temple, where he stayed for good.