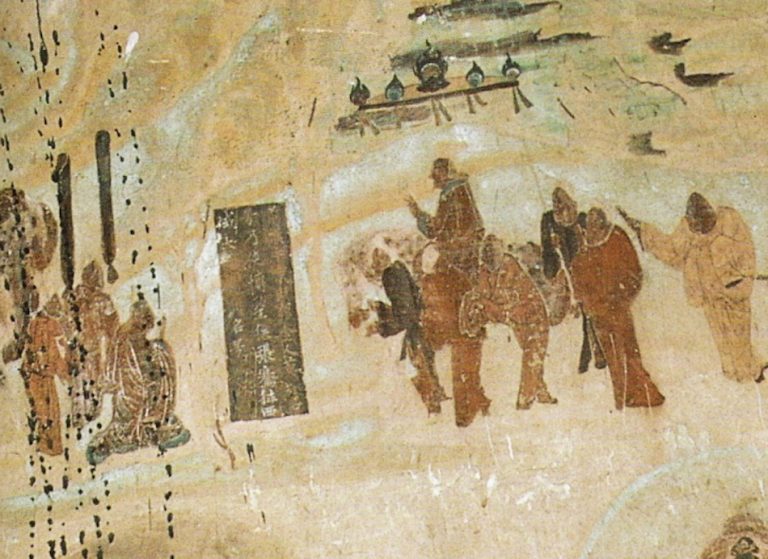 Zhang Qian's travels are associated with opening up the Silk Road for trade. (Image: via Wikimedia Commons)

The legendary Silk Road connected the famous big cities of China with those of India, and reached all the way to the Mediterranean Sea from the period 100 B.C. until the year A.D. 1500. It was a route that opened up many countries for trade. Chinese tradesmen exchanged mainly Chinese silk in return for Roman jewels and other valuable products, from Asia to Europe and from Rome to Japan.

It crossed Turkmenistan, passed through Persia, and reached the Western shore of the Mediterranean Sea. From there, ships continued the journey to Rome, then the two most powerful cities in the world were linked together by trade. The most important product was silk — that’s why it was named the “Silk Road.” It was also how silk was introduced to Europe.

The demand for silk was high. As early as the 5th century A.D., silkworms were the valuable thread of the Kingdom of Khotan in Central Asia.

The Kingdom of Khotan was an ancient Buddhist kingdom located on a branch of the Silk Road that ran along the southern edge of the Tarim Basin, dominated by the Taklamakan Desert. The area was located in what is present-day Xinjiang, China. The kingdom historically existed for over a thousand years, until it was conquered by Muslim invaders in the year A.D. 1006.

According to legend, silk production left China and moved to Khotan by a Chinese princess. Engaged to the King of Khotan, the princess carried hidden silkworm eggs and mulberry seeds in her hair. Later, she founded a Buddhist monastery where the first silkworms in Khotan were raised, and that area turned into a center for silk production and weaving.

By the 21st century, the silk routes were used mainly for military purposes, which saw the introduction of light and heavy trucks, land vehicles similar to the Jeep. At the same time, the old caravan stops were replaced by rest stops with fast food for travelers, garages, and warehouses, especially in the suburban areas.

Camels and mules still exist in villages for the haulage of villagers for small distances, but the caravans of past times no longer exist in today’s trade routes.