Young Man in China Tried to Patent the Drug ‘Ice’ 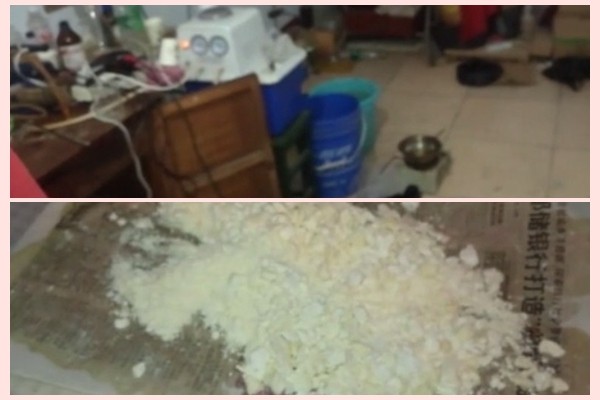 Shandong Texas, a young man successfully synthesized 2 grams of methamphetamine, and wanted to apply for a national patent on the process. (Image: via NTDTV/China)

In Dezhou City of Shandong Province, China, a young man studied the synthesis of the drug known as”Ice” (methamphetamine hydrochloride) after his failures in trying to set up several businesses. Drawing on his junior high school chemistry education and after countless trials and errors, he finally succeeded in synthesizing the desired drug.

He planned to apply for a patent on the drug fabrication protocol, hoping to make a lot of money. However, he was busted by the police before he could apply. The young man’s name is Tien Yu Gau and he was born in Anhui Province. Twelve years ago, he and his family moved to Shandong Province, where they currently live.

After junior high school, he dropped out of school and lived at home. He was planning to inherit his parents’ business, but a family accident derailed his plans. Thus, the young dropout tried to start his own business at the age of 17.

After several business venture failures, he began his trials to fabricate “Ice” in December 2016. Combining his curiosity and chemistry talents with available chemical information from the Internet, he did his research and trials at home.

Through experimentation, he finally succeeded in making 2 grams of “Ice.” He then began to promote his product on the website QQ. Eventually, he was busted by the police. According to his confession, he was planning to apply for a Chinese patent based on his research results, and hoped to become rich. Nevertheless, the final outcome for him was very different.

Translated by Jean Chen and edited by Alan Cheung