The Great Wall of China, the World’s Longest Landmark 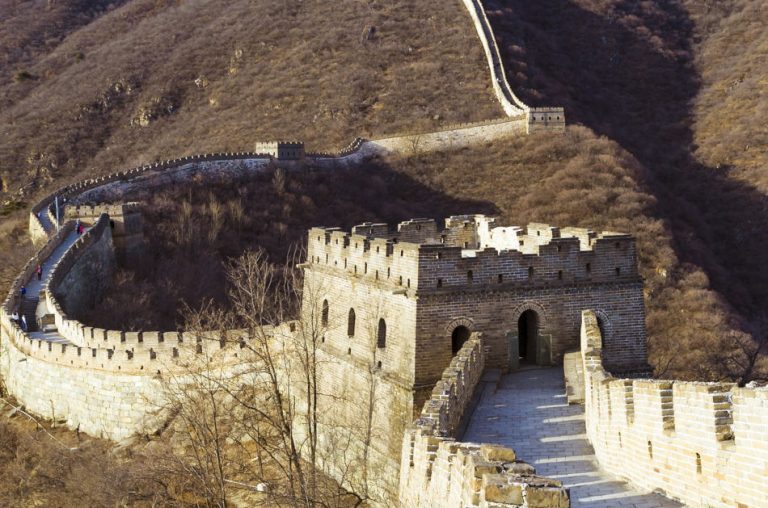 Originally constructed of rammed earth, the Great Wall of China was renovated during the Ming Dynasty (1368-1644), when bricks and stones were frequently used. (Image Gmshtwjl via Pixabay)

The Great Wall of China is the longest man-made structure on Earth. During its construction, the Great Wall was known as “the longest cemetery on Earth,” as an estimated 1 million people died building it. Originally constructed of rammed earth, it was renovated during the Ming Dynasty (1368-1644), when bricks and stones were frequently used.

The Great Wall of China

The Great Wall of China consists of frontier passes, city walls, and beacon towers. Defense troops relied on the frontier passes, which included passages large enough for horses and ladders to pass through. The rooftop of the city wall is around five feet wide, so provisions, weapons, and other wartime items could be transported.

The city walls are 10 feet high, with the exterior eaves providing buttresses for overlooking and shooting from. Most battlements of the city wall are made of wood or wood-brick, ranging from one to three stories high. The ridge is adorned with beast-like tiles, coiled dragons, and lions.

The materials of the walls varied with the climate. Usage of bricks became more common over time, especially after the Tang Dynasty, which saw a progression of brick production. Masonry walls were sometimes used, with the city walls around Badaling (the most visited section of the Great Wall) built with giant ashlar (finely cut masonry).

In early times, city gates were of wood lintel construction. But in the Ming Dynasty, arch-shaped gateways were built with bricks and stones, while inside, the double wing wooden doors were covered with giant iron nail decorations.

On the Great Wall, barbicans (a fortified outpost or platform) served as the best way to communicate in ancient times. During the day, soldiers hung flags, beat rattles, set off firecrackers, or burned sticks or grass to produce smoke signals. By night, they lit lanterns or burned dry grass in a basket — with sparks flying to create the signals they needed to send.