Berberine: The Essence of the Golden Thread 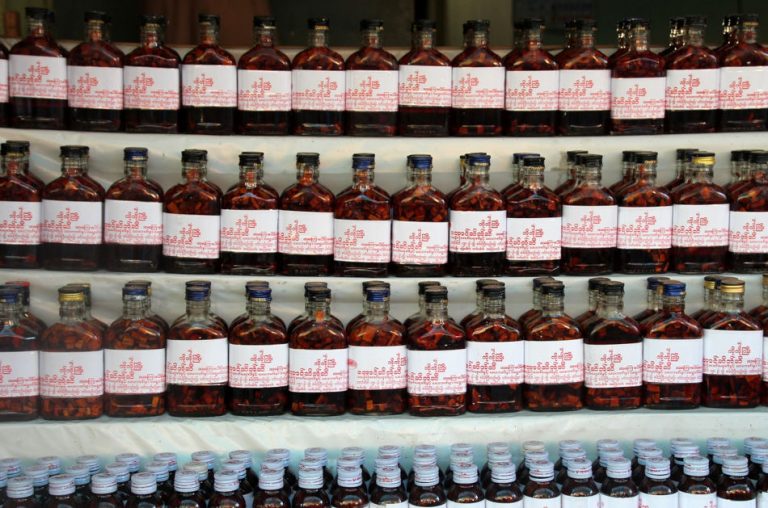 Berberine is most often used for such illnesses as bacterial diarrhea, intestinal parasites, and ocular trachoma infections. (Image: pixabay / CC0 1.0)

Before going on long trips, it is common for Chinese people to assemble a set of Chinese herbal medicine pills in order to prepare themselves for minor medical emergencies. Taking berberine is a must. Many of my patients often come to my clinic to purchase these herbal pills before they travel.

Berberine is one of the most popular emergency medicines for travel. It is especially popular for trips to Mexico and Southeast Asia because of its quick medicinal effect on many of the common afflictions associated with those areas.

Plants that contain berberine (黄连 huánglián in Chinese) are used in virtually every traditional medical system. Its use in Chinese medicine dates back at least 3,000 years. Berberine has demonstrated significant anti-microbial activity against bacteria, fungi, protozoans, viruses, helminthes, and chlamydia.

Berberine is most often used for illnesses such as bacterial diarrhea, intestinal parasites, and ocular trachoma infections. Following is an amusing story about berberine:

An American traveling in Southeast Asia was extremely cautious about what he ate and drank. He brushed his teeth with bottled water, and was very cautious about his food. He never ate anything that was not well cooked. After being there a week, he hadn’t gotten sick, and he was very pleased with himself.

His cautious behavior helped him stay well. He became thirsty one afternoon and got a Coca-Cola that was provided by the hotel. He reasoned the Coca-Cola should be safe to drink since it was shipped in an aluminum can from the U.S. He drank a big glass of Coca-Cola.

To his dismay, his stomach began to hurt within 10 minutes, and shortly thereafter, he vomited and had diarrhea. He soon became very dehydrated, and his condition was very serious. He could not imagine how this could have happened. It was the ice cubes in the Coca Cola; they were made from tap water.

One of the travelers in the group happened to be one of my patients who had berberine pills. He gave the American some of them. Within two hours, his symptoms disappeared, and his amebic dysentery was cured. The American was extremely grateful. He said he would make sure to stop by my clinic before traveling to stock up on the Chinese medicine that solved his emergency.

What is golden thread? It has been recorded in the chapter on commodities in the Annals of Emei County that golden thread grows in rocky mountainous areas that are difficult to reach. The collectors must secure themselves with ropes tied around their waists before climbing among the rocks to find golden thread.

Chinese herbs may be cataloged into one of many different categories according to their nature and similarities; therefore, a herb may have different medicinal uses. The strengths of a herb can be fully utilized when properly combined with other herbs.

Combined with Folium perillae, it can treat diseases caused by the rise of internal humidity and heat, discordance between the lungs and stomach, and nausea and vomiting. Combined with Caulis akebiae and bamboo leaves, it can cure heartburn, heat vexation in the heart and chest, and insomnia.