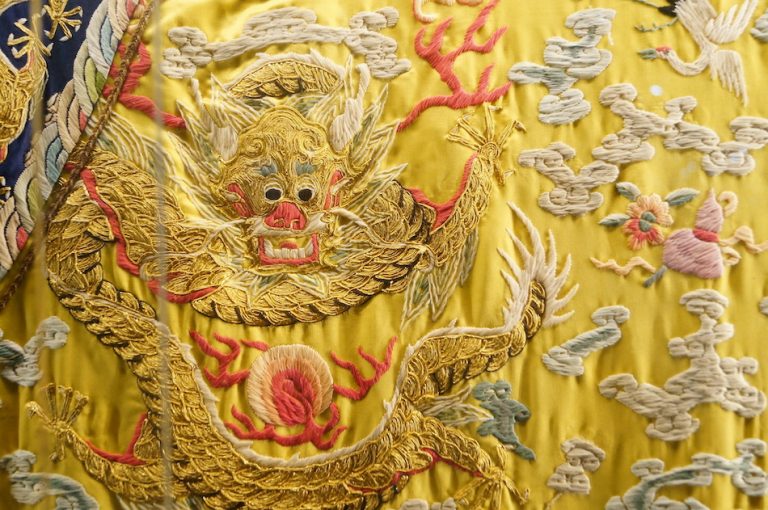 Ancient Chinese clothing worn by emperors, noblemen, and officials used color and pattern to signify rank. The association of rank to a particular color and pattern was known as the Regulation Attire System. In accordance with the yin-yang and five element theory, blue, red, white, black, and yellow represent East, South, West, North, and Central, respectively. Yellow not only indicates central, but it also represents the Earth. Thus, the emperor’s clothes always made use of the color yellow.

Officials who served under the emperor also had strict rules regarding the color of their robes. The system in use during the Tang Dynasty required officials with a grade of three and higher to wear purple robes, while those with a grade of four and five were to wear scarlet. Officials with a grade of six and seven were obliged to wear green, while blue was compulsory for grades eight and nine. The wife of an official was also required to wear the same color garments as her husband. The pattern designs on clothing also indicated rank. The emperor’s clothes had 12 pattern designs, each with a unique meaning.

Each dynasty that came to power brought its own culture of dress to China’s long history. When new styles of clothing appeared, this often indicated a new government had arisen.