Bruges, the City of Canals in Belgium 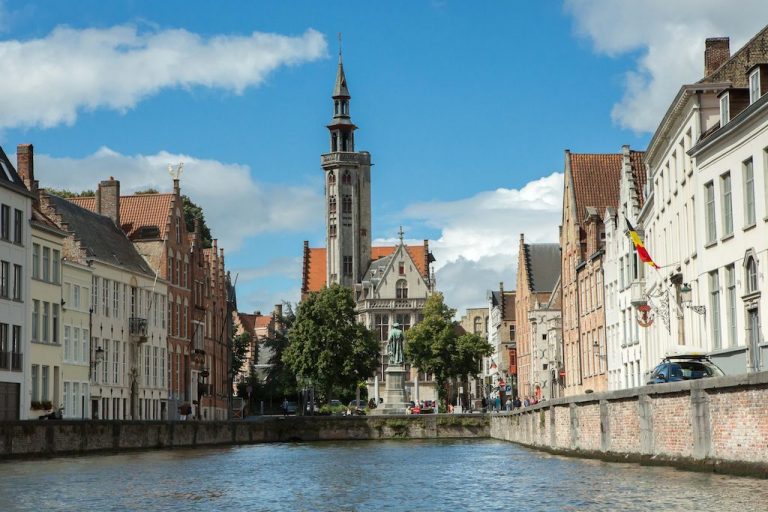 There is a dreamy town in Belgium known not only as the capital of West Flanders, but also as the 'Venice of the North.' (Photo: Hermann Rohr for Nspirement)

I always thought of Venice as the pinnacle of canal cities, which in some way it might be. However, there is a dreamy town call Bruges, in Belgium known not only as the capital of West Flanders, but also as the “Venice of the North.”

I took it on myself to explore this mysterious place and discovered a wondrous gem that is truly deserving of its nickname, “The Canal City.”

Bruges is known for its scenic waterways that meander between medieval-looking buildings, some of which even date back to the 14th century.

Entering the historic city center is like passing through a gate in a time tunnel that crosses the so-called “Lake of Love.” Once you reach the other side, you are greeted by the façades of well-kept medieval-looking buildings.

Bruges seems small and cozy at first sight. But people-filled sidewalks and a crowded marketplace with people standing in lines waiting to catch a boat ride at one of several canal boat-tour peers in the city quickly changes my perspective about the notion of a “small” town.

There are lively conversations among pedestrians in front of snack stores and eateries that sell chocolate, waffles, and other “delicatessen” delicacies.

Tight winding alleys twist and turn, but all seem to lead to one place, the city’s center — a lively market filled with indigenous people going about their daily errands and visitors to the city, looking in awe at the masterfully crafted medieval buildings that surround the ancient market place.

“Clip clop, clip clop,” the sound of horses hooves of chariots passing by like yellow cabs in New York taking visitors on a sightseeing tour through the old city.

Finally, after some stops at the many wonderful sites the city has to offer, we reached the ticket booth that sold canal boat ride tickets.

A canal tour costs €8 for adults and less for children. The boat tour lasts about 30 minutes and takes you through the super scenic parts of the city. There was a time when all the canals in Bruges led to the ocean.

Secret gardens, bridges that appear like they are out of oil paintings, and nostalgic-looking red stone buildings create the picturesque scenery that awaits visitors who decide to take a boat tour through the canals of Bruges.

While most of the buildings, due to their 17th-century heritage and baroque looking style, create a pompous and luxurious feeling, a stay in one of the many hotels and the tour itself is very affordable and worth every penny spent.