Scale of Organ Harvesting in China Is Enormous, Says Academic 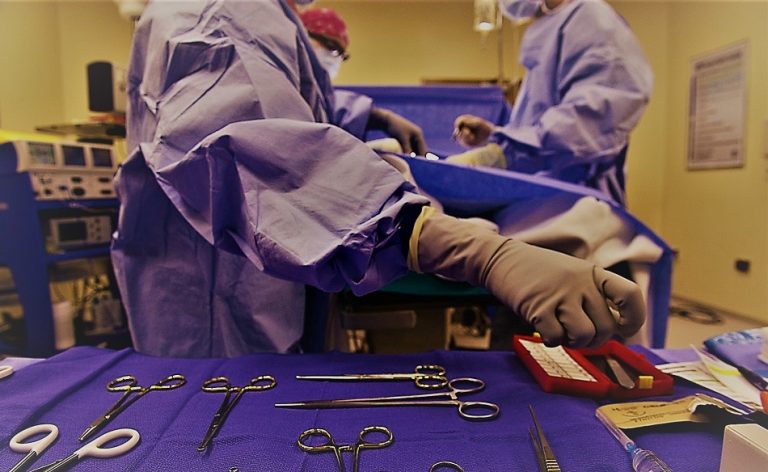 State institutions, hospitals, and the transplant profession in China are carrying out the Chinese Communist Party’s directives to kill prisoners of conscience for their organs, including kidneys, livers, and hearts. (Image: pixabay.com)

An Australian academic has likened the large-scale killing of prisoners of conscience for organ harvesting in China to crimes committed by the Nazis during World War II.

“I’m a professor of ethics and medicine; the parallels to what was happening to Jewish prisoners and others in Nazi concentration camps in Germany were too obvious to ignore,” said Paul Macneill, an honorary professor from the Centre for Values Ethics & the Law in Medicine at the University of Sydney.

Professor Macneill was talking at an event in central Sydney on July 19 to raise awareness about state-sanctioned organ harvesting from prisoners of conscience in China.

“These prisoners in China are being held in camps, are having all their vital statistics taken — blood types and so on — and then executed on demand when a suitable recipient makes a booking for surgery to receive a kidney or heart, liver, or other organ,” Professor Macneill said.

“This is so obviously wrong; it hardly needs to be said,” he said.

“The majority of these prisoners are practitioners of Falun Gong… which is a peaceful Buddha school practice,” Professor Macneill said, adding that Uyghurs and other political dissidents are also being targeted.

For Professor Macneill, his understanding of what was occurring took a sharp turn after watching Hard to Believe, an award-winning documentary on organ harvesting in China.

“I felt stunned after seeing this documentary; I felt as though I was downwind from the smoke stacks at Auschwitz. This time, I had to do something and I am doing what I can to bring attention to these atrocities,” he said.

The 56-minute-long Hard To Believe can now be viewed via Vimeo. Watch the trailer by Swoop Films below:

Professor Macneill is now a committee member for The International Coalition to End Organ Pillaging in China, which is made up of lawyers, academics, ethicists, medical professionals, researchers, and human rights advocates.

“The scale [of the organ harvesting in China] is enormous. From best evidence available, it appears hundreds of thousands have been executed for their organs since the year 2000,” he said.

An estimated 60,000 to 100,000 transplants are performed each year in China, according to the findings of the report Bloody Harvest/The Slaughter: An Update, which was published last year. The main target for organ harvesting, the report says, are Chinese who practice Falun Gong. To a lesser extent, Uyghurs, Tibetans, and select House Christians have also been killed in order to obtain organs for transplants, the report says.

“So what evidence is there that this is true? Well, the evidence is compelling,” said Professor Macneill, who then went on to give several examples of evidence in his speech which you can watch in full below. His speech was posted on YouTube by The International Coalition to End Organ Pillaging in China:

Professor Macneill also said that the Chinese government has offered no evidence to dispute the claim that Falun Gong practitioners and others are being used to supply organs for transplant.

“So it is my belief that China is transplanting a large number of organs each year, far more than they admit to. They keep the volume of activity secret because there is no way to explain where the organs come from,” Professor Macneill said.

“They keep it secret because the source is unspeakable — China’s own citizens being executed for their organs. If there was an innocent explanation, they could simply make it public,” he said.

“Ultimately, we need to bring pressure on China to end this atrocious activity,” he added.

Watch this short documentary about the persecution of Falun Gong by Swoop Films, the makers of Hard to Believe: