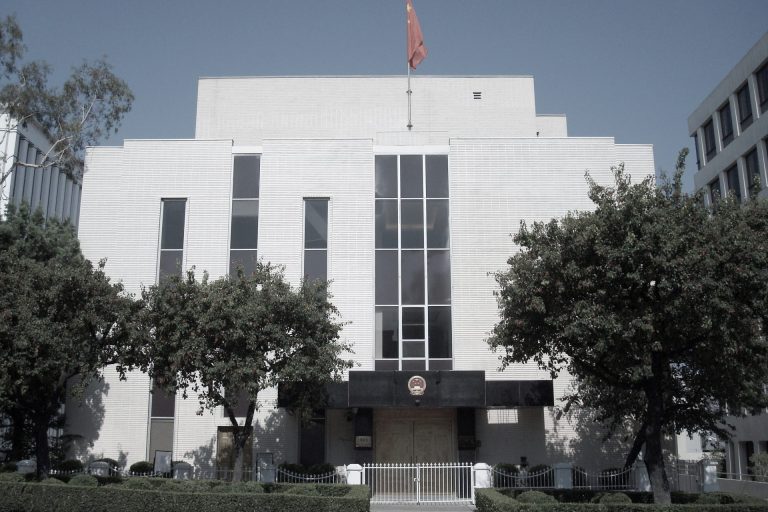 A Chinese man opened fire outside the Chinese consulate in Los Angeles on August 1, 2017. (Image: Heimstern via Wikimedia Commons)

A Chinese man opened fire outside the Chinese consulate in Los Angeles on August 1, 2017. The man allegedly took his own life in his nearby car afterward. No one else was injured during the incident. According to the Chinese online media Secret China, the man’s name was Zhang Xin, a naturalized U.S. citizen.

Unverified statements say that Zhang Xin’s application to visit his relatives in China had previously been repeatedly rejected by the Chinese consulate in Los Angeles because his name had apparently been blacklisted.

During a media interview, Zhang Xin’s female friend Helen claimed that Zhang Xin’s heart was filled with lots of grievances. According to statements by another friend of Zhang Xin, Angela, Zhang Xin previously mentioned that the Chinese Consulate in Los Angeles keeps a “blacklist” with names of overseas Chinese in America.

Before his migration to the U.S., Zhang Xin used to be a judge in China. According to those who knew him, he showed no defects of character. Opinions from those close to him assume that he opened fire outside of the Chinese consulate in Los Angeles because of his grievance over being on a blacklist and thus not allowed to visit his family in China.

According to an Epoch Times article, there is a “blacklist barring China’s borders.”

The article states: “The June issue of Hong Kong’s Cheng Ming magazine reports on a Chinese Communist Party (CCP) internal document that determines how the blacklist is created that prevents expatriate Chinese from returning to China and Chinese inside China from leaving.”

Critics voicing their opinion about the “blacklist” say it causes many overseas Chinese to live in fear. As a result, many dare not speak out or do things that the communist government might dislike out of fear they might be added to the “blacklist.”