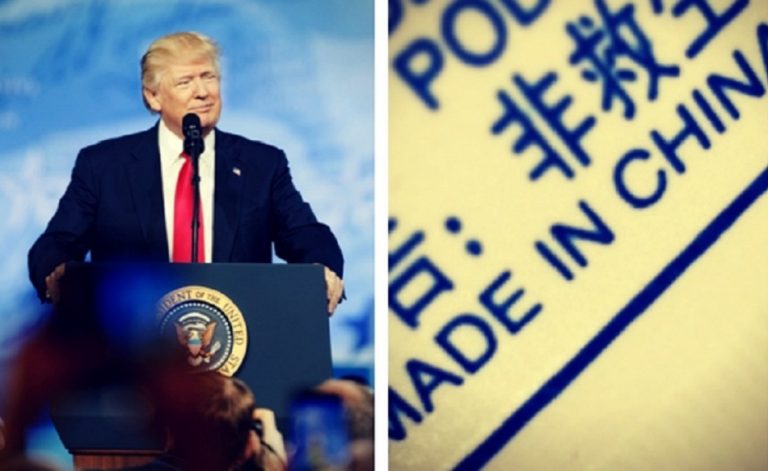 “China is one of the greatest IP rights abusers in the world, and they have been at it for a long time,” Professor Brenberg told Fox Business.

“And that is an attack on property rights. Free trade is great, but if property rights are not defended, free trade doesn’t work, it can’t exist in the first place,” he said.

“We make great ideas and that is what we export, and if China is undermining that, then we can’t trade with China. And our companies in China are at risk, and they have been at risk for a very long time,” he said.

“The U.S. government hasn’t defended them. One of the legitimate roles of government is to defend property rights and they haven’t done that with the Chinese.”

Professor Brenberg’s comments follow President Donald Trump ordering the government on Aug. 14 to examine whether China should be investigated for unreasonable or discriminatory policies that may harm American IP rights, innovation, or technological development.

“I’m actually heartened that the Trump administration is talking about doing that. It can’t be for the purpose of protectionism — that’s not what we are doing here — it’s to protect property rights,” said Professor Brenberg.

The professor highlighted how U.S. companies are forced by the Chinese government to give up their technology in order to do business in the country.

“And they do that blatantly. They prop up their state-run enterprises, which makes it almost impossible for U.S. companies to gain a legitimate foothold in their country,” he said.

China’s IP theft costs the U.S. economy up to $600 billion per year, says a U.S. commission report. And the theft is driven by the policies of the Chinese government, says the White House.

“China uses restrictions, such as joint venture requirements, equity ownership limitations, opaque administrative processes, and other practices aimed at the transfer of United States technology to Chinese companies,” said a statement put out by the White House on the same day as the president’s order was made.

“China has gained unauthorized access to the computer networks of United States businesses for commercial purpose and, on a number of occasions, has stolen firms’ commercial information,” the statement further said.

The Department of Homeland Security added that China, including Hong Kong, accounts for 88 percent of seized counterfeit goods coming into the U.S.

Not long after President Trump’s order, U.S. Trade Representative Robert Lighthizer formally initiated an investigation under Section 301 of the Trade Act of 1974.

“On Monday, President Trump instructed me to look into Chinese laws, policies, and practices which may be harming American intellectual property rights, innovation, or technology development,” said Ambassador Lighthizer Aug. 18 in a statement.

“After consulting with stakeholders and other government agencies, I have determined that these critical issues merit a thorough investigation,” he said.

Moments Ago: @POTUS signs measure that could result in severe trade penalties for China. https://t.co/OWIgslyi3f pic.twitter.com/jZJSMTZQZs

The move has been welcomed by government and business leaders in America.

“A little over five years ago, I said that the theft of American intellectual property was the greatest transfer of wealth in history. I believe that statement is even more true today,” said retired General Keith Alexander, the former Director of the National Security Agency.

“This presidential action is an important step towards stopping the theft and forced transfers of American intellectual property, and I support the president in his actions,” he said in a statement, which included individual expressions of support from 18 American leaders.

Among the other leaders who made a statement was Dennis Blair, the former director of the U.S. National Intelligence, who said that many foreign countries and companies are involved.

“But China is the worst offender,” Blair said.

“This problem has been discussed and bemoaned for years without action,” he added.

The Chinese government has spurned efforts by preceding U.S. presidents to take action against its IP practices.

Watch this China Uncensored episode for more about the issue: