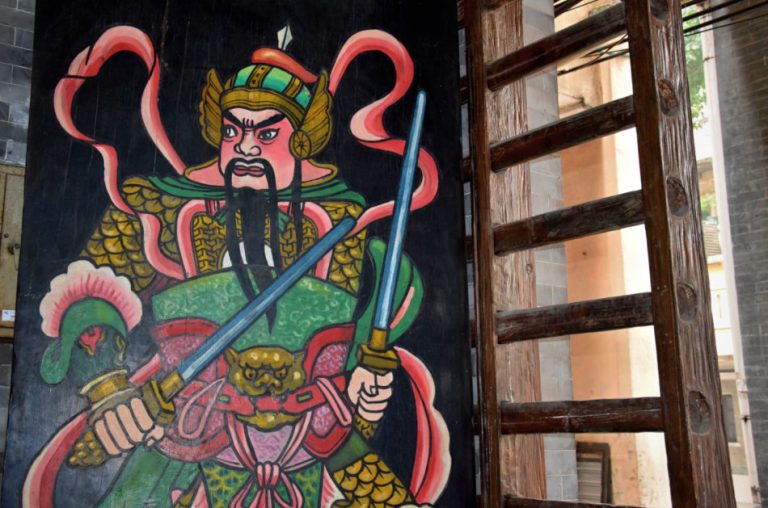 In China, people hang up images of 'Door Gods' to attract good luck and fend off evil spirits. (Image: via Dreamstime.com © Laomacz)

Yuchi Jingde, also known as Wei Chigong, was one of the most celebrated military figures of the early Tang Dynasty and he thus became a Chinese Door God. He and another great Chinese military general of the same era, Qin Shubao, adorn the doors and gates of temples, homes, and businesses in China and Chinese communities as Door Gods.

In history, General Yuchi used his superb martial arts to save the life of the 2nd Tang emperor, Li Shimin, also known as Emperor Tang Taizong, both before and after he became emperor. During his involvement in the pivotal Xuanwu Gate Incident, General Yuchi helped Li Shimin defeat the forces of rival princes Li Yuanji and Li Jiancheng. After the defeat, he suggested that Li Shimin release Li Jiancheng’s men rather than execute them. His suggestion quickly eased the internal clash in the Tang Empire, and many talented people were retained.

Yuchi Jingde was intelligent and farsighted. He had a simple and honest nature. He was always faithful to Li Shimin, and was willing to sacrifice his life for him without hesitation. After Tang Taizong hung portraits of Yuchi Jingde and Qin Shubao on his front doors, ordinary people took up this custom to attract good luck and fend off evil spirits. The custom continues to this day.