We Are in the Midst of an Ethical Crisis 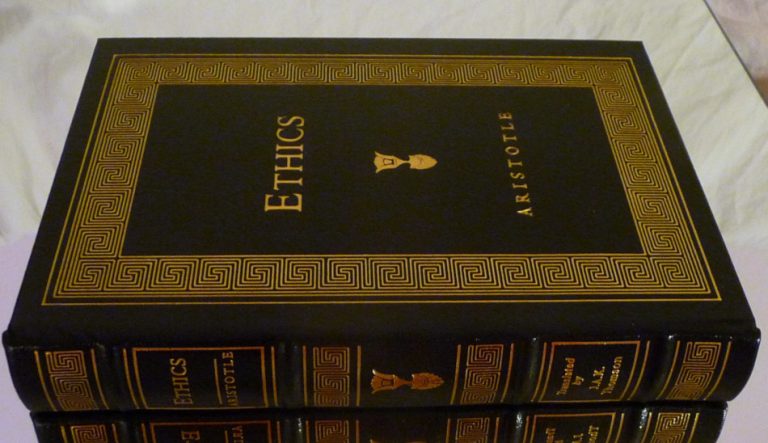 Ethics is the discipline relating to right and wrong. (Image: Pamela Carls via flickr CC BY 2.0 )

It seems we are now in the midst of an ethical crisis. Ethics is the discipline relating to right and wrong. This discipline constitutes moral obligations, moral principles and values, and moral character. Ethics and morality are synonymous terms, meaning “customs” in their original Greek and Latin languages. The Greek term “ethics,” however, also implies character, whereas “mores” refers to social customs. Morals have been the subject of discussion ever since language existed.

Some of the earliest documented treatises on morals date from prehistoric China, from around 4000 B.C. There is a distinction to be made between ethics and morality, though — the former refers to a universal, formal system of morals and principles, while morals refer to the relative standard of values of any social group or individual.

Human beings are the most extraordinary species on this planet, the only life form capable of experiencing the measure of their actions in terms of cause and effect. The Sanskrit word for this is karma, or karmic relationship.

Since our souls are meant to exist forever, our souls have to live with the consequences of our thoughts and actions for eternity. There is one exception, though — the souls of those who are permanently heavy and blackened from too much wrongdoing will perish forever. The soul, considered a divine being, wants to avoid at all cost heaping on blemishes and thus assure its infinite existence. It wants to exist in harmony with all and show compassion. In present-day terms, that could be viewed as the principle of justice.

Martin Luther said: “The Arc of the Universe is long, but it bends toward justice.” Since infinity exists, then every action must eventually return to its source, even though it may take a long time for this to happen. Having a soul places a being under tremendous responsibilities, because entering into this prerogative is an attribute called free will, or freedom of choice. Since all our souls belong to and are one with the Universal Source, the Creator, or Spirit, we must take this responsibility of free will extremely seriously. An individual’s actions have far-reaching consequences for eternity.

We are presently in the middle of an ethical crisis, the outcome of which will affect our lives and the lives of our children. Morally upright people are desperately trying to prevail, while sinister influences and politicians are sneakily making inroads into all that has integrity and ethics.

Chinese military strategist Sun Tzu, in his classic book The Art of War, said that the art of war, then, is governed by five constant factors that must be taken into account in one’s deliberation when estimating the conditions on the battlefield: moral law, heaven, earth, methods and discipline, and the Commander-in-Chief. The Commander-in-Chief has traditionally stood for the virtues of wisdom, sincerity, compassion, benevolence, courage, and discipline.

Sun Tzu goes on to question which one of the opposing factions might have a greater presence of moral law, who has the advantages given by the heavens, who is imbued with greater self-discipline, which side has the most to gain in permanent rewards, and who has the most infinite abilities. He stated that the correct answers to these considerations could predict victory.

It is a sorry state indeed for those entities and officeholders that have lost their inherited integrity and ethics, who trample on all that is good and lasting, who scoff at permanence, who scoff at heaven’s supervision, and who have plummeted spiritually.

Self-discipline in this battle is crucial. Morally upright people possess sufficient courage. Ethical people also have the skills to modify their plans according to the circumstances. They also possess the patience and tolerance to persevere, because they are knowledgeable of their infinite reward.