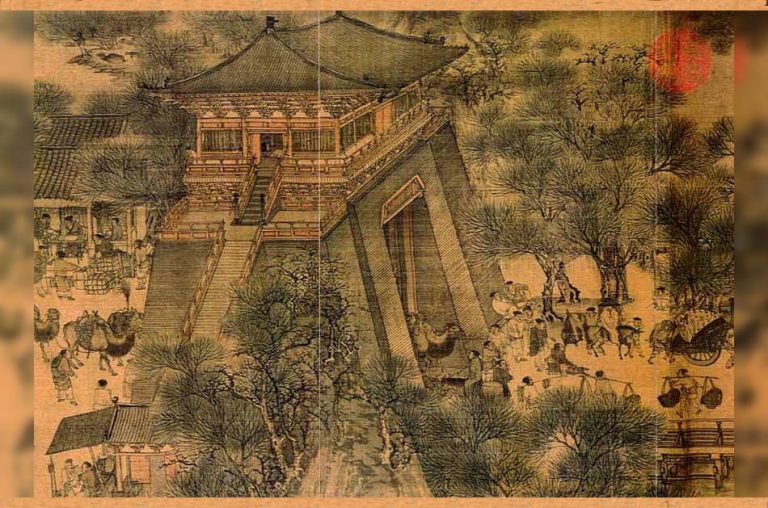 One of the most famous Chinese paintings, often referred to as “China’s Mona Lisa,” has a connection to the annual Qingming Festival that is celebrated in April in the Western calendar.

Its name has varying translations, such as “Spring Festival,” “Along the River During the Qingmíng Festival,” and “Peace Reigns Over the River.”

The painting is an enormous panorama, painted in a single color on silk by the 12th-century Song Dynasty artist Zhang Zeduan.

Over 800 years old, the painting was returned to Beijing after World War II and has rarely been displayed since, being kept safe in the Palace Museum in Beijing. “China’s Mona Lisa” rivals the real Mona Lisa in the hearts of the Chinese.

Qingming Shanghe Tu has been copied by many artists over the centuries — a common practice and legitimate art form — who revered the old masters and sometimes added scenes or details relevant to their own times.