A Fascinating Overview of Confucianism, Taoism, and Legalism 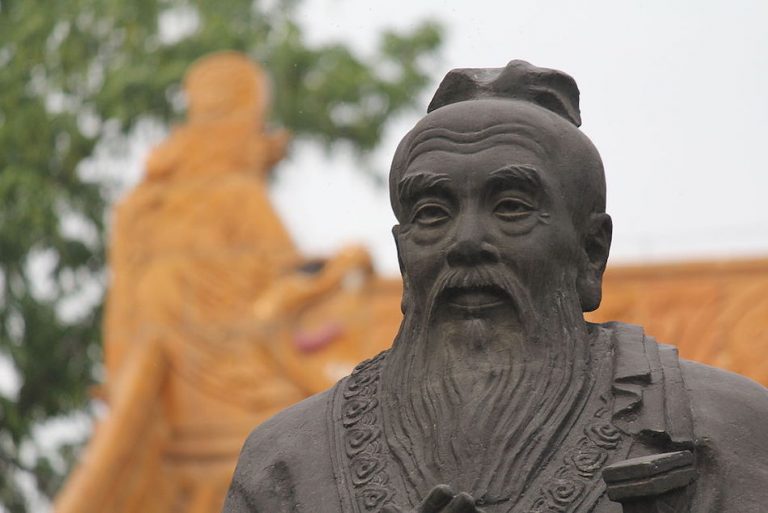 The 8 Cardinal Virtues are the criteria that Confucius left for people to follow. (Image: Kevinsmithnyc via Wikimedia Commons)

Confucianism, Taoism, and Legalism are the three pillars of Chinese philosophy and have influenced all thinking and actions in China since their inception.

Confucianism is represented by Confucius (founder, 551-479 B.C.), Mencius, and Xunzi. Literary works include The Analects, the Mencius, and the Xunzi.

It is the first important philosophy from the Warring States Period. It espouses the principles of etiquette, humaneness, and righteousness, and upholds loyalty, forgiveness, and the doctrine of the mean. Confucian political theory stresses the importance of justice and humaneness. There is also a significant body of work on ethics and self-cultivation.

Confucius stressed the importance of education as the foundation of a stable and prosperous nation. Confucius believed in equal access to education, which would allow each person in the country to become moral and upright.

It also advocates ruling the country by etiquette and convincing people by virtue.

Taoism is represented by Laozi (founder), Zhuangzi (Zhuang Zhou), and Liezi (Lie Yukou). Literary works include the Tao Te Ching, the Zhuangzi, and the Liezi.

It is the second important philosophy from the Warring States Period, and it is based on the theory of the Tao Te Ching, which was written by Laozi during the late Spring and Autumn Period.

The Tao, which translates as the Way, Path, or Principle, serves as the cornerstone of the Tao Te Ching, which explains the nature, origin, component, and evolution of everything in the universe.

Its central value is being in harmony with nature, led by the concept of “inaction” to come into harmony with everything, and to conquer hardship by compromise. All matter contains both positive and negative qualities. The principle that “fortune relies on misfortune; misfortune hides in fortune” is also a key concept. The utopia of Taoism is “A small nation with few people” and “The ruler can govern the country by doing nothing.”

It is the third important philosophy from the Warring States Period. It stresses the importance of ruling the country by law, regardless of one’s relationship or position. It emphasizes strict compliance with the law by all means.

Its view of economics is to reward agriculture, but restrain commerce. Its political doctrines include governing the country with strict and cruel laws autocratically.

As for education, it is intolerant of all other doctrines and philosophies — one should only follow the laws and teachings of government officials. It provides an action plan for establishing an autocratic dynasty.