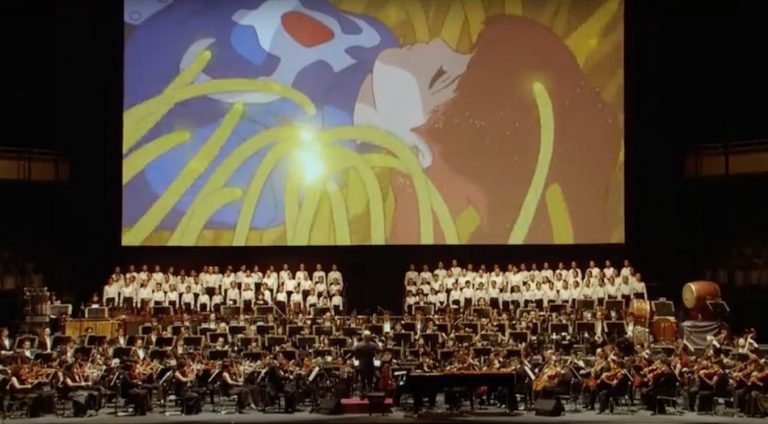 Ask any Japanese adult under 35 what their favorite childhood movie is and they’ll most likely mention My Neighbor Totoro, the film by legendary animation film producer Hayao Miyazaki. No great film is without a great musical score and soundtrack. Japanese composer Joe Hisaishi wrote the music for the 1988 movie.

Hisaishi has continued to collaborate with Miyazaki of Studio Ghibli ever since, establishing his name as a notable composer in Asia.

When Hisaishi first appeared in Taiwan, some 1,800 people packed the concert hall at the Tainan Municipal Cultural Center in Tainan City, while thousands more watched live projections of the concert on large screens outside of the hall.

Hisaishi conducted the Vienna State Opera Chorus, Taiwan National Choir, and Taiwan’s Evergreen Symphony Orchestra for the concert. The musicians performed Beethoven’s Symphony No. 9 in D minor, Op. 125 (the Choral) and two pieces composed by Hisaishi — Orbis for mixed choir, pipe organ, and orchestra, as well as The Wind Rises Suite No. 2 for Balalaika, Bayan, Guitar, and Small Orchestra.

The Wind Rises is another award-winning animated Miyasaki movie, and the soundtrack was also composed by Hisaishi. Suite No. 2 is a 23-minute extended version from the soundtrack. Other movie scores Hisashi is known for include Miyazaki’s Spirited Away, Howl’s Moving Castle, and Ponyo.

Hisaishi conduction his arrangement for the World Dream Orchestra:

A recording session of Departures by Joe Hisaishi:

Hisaishi conducting A Wish To The Moon Concert in 2003: