Tom DeLonge’s Bid to Make UFOs Part of the Mainstream 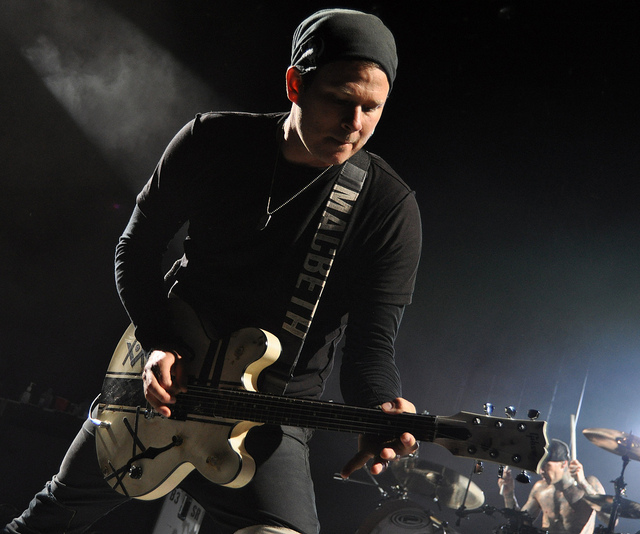 What these U.S. government insiders say in the above video is further recognition of the phenomena of UFOs. The talkers are seemingly credible people pulled together by Tom DeLonge, former band member of Blink-182.

One of those insiders is Chris Mellon, a former deputy assistant secretary of Defense for Intelligence. In his talk, Melon gave the example of a several-hour-long encounter that a U.S. naval battle group — including the aircraft carrier U.S.S. Nimitz — had with a UFO in broad daylight off the coast of California during routine training exercises in 2004.

The unidentified machine was described as being white and oblong, and some 20 feet long and 12 feet thick, said Mellon. The craft had no wings or exhaust, and was easily able to evade F-18 jets, he said, adding that the incident was captured on the F-18’s gun cameras.

“At one point, the object soars to 80,000 feet and hovers, and then drops at supersonic speeds coming to a full stop a mere 50 feet above the ocean where it resumes hovering,” said Mellon. “This story may sound like a sci-fi movie, but it is a true story, and far from being the only one of its kind.”

Media and the public need to be more involved in UFOs

He said that the U.S. government confirmed the incident, but added that the key to bringing up the issue of UFOs is for the media and the public to get more involved.

“There is nothing to prove here; these are just facts that need to be properly evaluated,” Mellon said.

DeLonge and Mellon, along with several others, have formed a public benefit corporation To The Stars Academy of Arts & Science, which is currently seeking funding. A million dollars has been raised thus far following its launch on October 11.

Others in the initiative are Jim Semivan, a former senior intelligence officer with the CIA’s Directorate of Operations; Dr. Hal Puthoff, director of DOD/CIA/DIA scientific research programs; Steve Justice, a former advanced systems director for Lockheed Martin’s “Skunk Works”; and Luis Elizondo, a former director of programs to investigate unidentified aerial threats for the U.S. government.

DeLonge says in the video that his corporation’s goal is to take the biggest secret and the most controversial secret on Earth — UFOs — and approach it in a way that will innovate, educate, and also entertain at the same time.

Among the company’s planned projects is a so-called Advanced Electromagnetic Vehicle. Movies and TV programs are also a part of what they want to do.

1. Most call it Anti-Gravity, but we are aiming to Engineer Space-Time itself. Invest now and own technology that will seem like majic. pic.twitter.com/PrsOBTapwV