Fentanyl: The Killer Drug Made in China 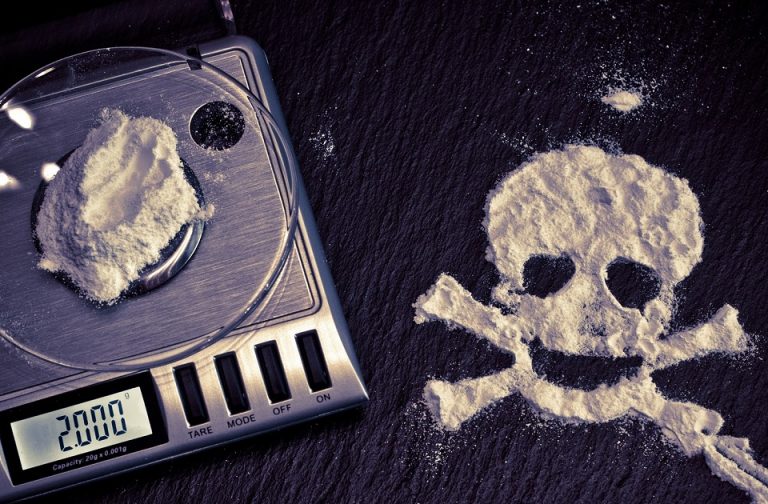 Everyone believes drugs are addictive and once you start taking them, after a certain period you'll become subject to the chemical hooks of addiction, right? Well, not necessarily. (Image: via Pixabay)

The China-made drug fentanyl has killed thousands of Americans in the past several years. In response, President Donald Trump last month announced that the U.S. was increasing measures to “hold back the flood of cheap and deadly fentanyl, a synthetic opioid manufactured in China and 50 times stronger than heroin.”

Trump made his statement not long after Rod Rosenstein, the U.S. deputy attorney general, gave details about the indictment of major Chinese fentanyl traffickers.

“We believe that most, if not all, of the fentanyl distributed in the U.S. and Canada originates in China. Either manufactured there or manufactured with precursor chemicals that come from China,” Rosenstein told the press during a briefing.

The Chinese traffickers, he said, have been using the Internet to sell fentanyl and its analogs to drug traffickers and individual customers in America.

For more information on the indictment against the Chinese traffickers, watch this video report from Al Jazeera English:

The drug is sold in many forms in the U.S., all of which are deadly.

“It can be purchased as pure fentanyl; fentanyl mixed with heroin, cocaine, or even marijuana; and fentanyl pressed into pill form and falsely sold as prescription opioids,” said Rosenstein.

“Users often have no idea that they are ingesting fentanyl until it is too late.”

A few grains of fentanyl can be a lethal dose

“The Centers for Disease Control estimates that over 20,000 Americans were killed by fentanyl in 2016, and the number is rising at a dramatic rate,” he said.

This number has surpassed common painkillers and heroin for the first time. In 2016, around 65,000 people died from drug overdoses in the U.S.

Legendary pop singer Prince was one of those who died from an overdose of the drug last year. Watch this China Uncensored 2016 episode for more on that:

In response to Trump’s statement, Wei Xiaojun, a top official from China’s Ministry of Public Security, said on November 3 there was insufficient evidence to say most of the fentanyl and other opioid drugs come from China.

Either way, China’s production of this drug is expected to be one issue Trump will discuss with Chinese President Xi Jinping when the two meet during the U.S. president’s 12-day tour of Asia.

“If Trump can get China to constrain its cheap supply, he might significantly reduce the problem,” wrote Markos Kounalakis, a senior fellow at the Central European University and visiting fellow at the Hoover Institution, for Tribune News Service.

Trump urged to press China on illegal shipments of opioids to the US https://t.co/eIhMtzJ2SJ

However, Kounalakis also suggested the flood of the highly addictive drug from China is part of a broader strategic scheme, one that is aimed at weakening America.

It is “being used as a weapon in China’s 21st century Opium War against America,” wrote Kounalakis.

“Fentanyl is the nuclear narcotic that is killing thousands of Americans today and another example of China’s two-faced approach,” he wrote.

“The chemical, known as ‘China Girl’ or ‘China White’ on the street, may have some Chinese victims, but its true value is as a profitable opiate export that also destroys American communities and roils the U.S. political landscape.”

Watch Trump’s statement on the opioid crisis in America in this video from TIME: