Arabella Kushner Shook the Chinese Community With Her Fluent Mandarin 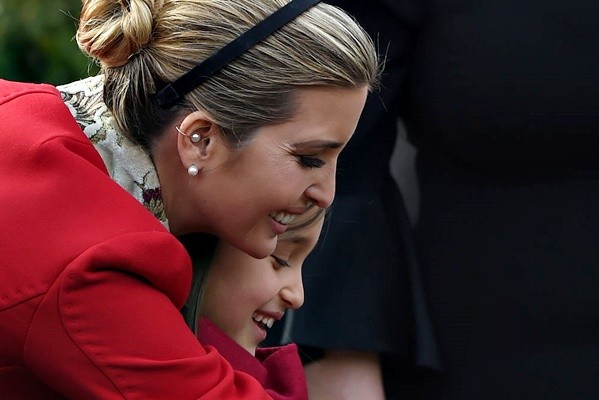 A video of U.S President Trump’s granddaughter Arabella Kushner reciting ancient Chinese poetry and singing Chinese songs in fluent Mandarin caused a sensation among Chinese worldwide. Chinese netizens have called her adorable and hope she can continue to contribute to amicable exchanges between China and the United States. Arabella Kushner joins many others, such as former Australian Prime Minister Kevin Rudd, Mark Zuckerberg, and U.S. President Obama’s daughter Malia Obama, in taking on Mandarin as a second language. In recent years, learning Chinese has been favored by celebrities as well as aristocrats in Europe and the United States.

On several occasions, Ivanka Trump uploaded videos to Twitter of Arabella Kushner singing Chinese songs, which drew the attention of the Chinese people. According to The Washington Post: “She sang a children’s song about sweeping rice fields, a jade-green river, and a lake studded with lotus flowers, stocked with fat, golden carp, and with flocks of ducks hiding in the reeds. She also recited the Three Characters Classic, an ancient text used to teach children the key values of Confucianism, as well as two other poems and another song.”

Liang Shengfeng, a native of Sichuan, is one of Arabella Kushner’s Chinese teachers. Liang said that at first, Arabella Kushner did not participate very much when she first came to her class. One day after class, her Chinese nanny came to pick her up from school. Liang spoke to the nanny about the child’s hesitation, which prompted Ivanka to speak to the principal in order to understand the situation.

After the incident, Arabella Kushner’s teacher saw her take a more active role in the class and become more responsive, and discovered that her Chinese is fluent, leading Liang to recognize how much importance her parents put on her education.

Arabella started learning Mandarin at the private Carousel of Languages School in New York when she was just 3 years old. Patrizia Saraceni Corman, the founder of the school, said that currently there are about 400 students in the school, out of which 100 are learning Chinese.