An Enterprise Dedicated to Preservation of Traditional Culture 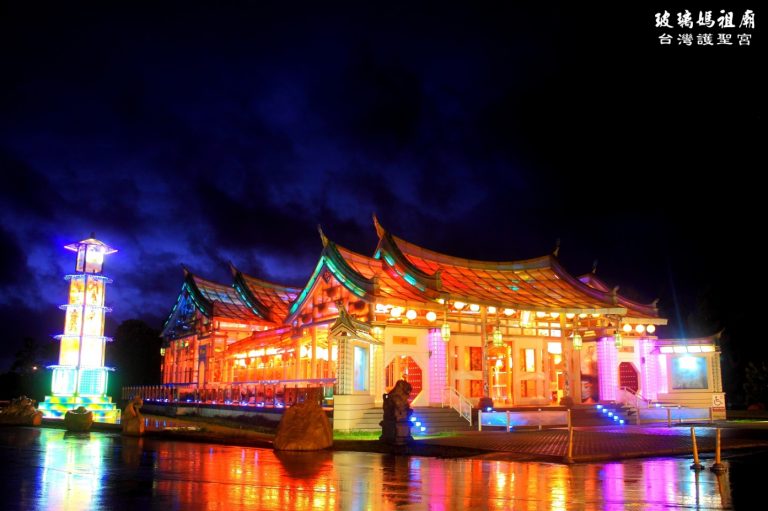 In the 1990s, when most traditional industries in Taiwan moved to China one after another to reduce their labor costs, TMG insisted on retaining its factories in Taiwan. In 2002, it started to promote a glass industrial cluster development in Changhua and invited 15 relevant companies to establish their manufacturing facilities in the then desolate Changhua Coastal Industrial Park. Among others, Taiwan Glass Industry Corporation (台灣玻璃公司), the sixth-largest glass company in the world, also relocated its production lines back to Taiwan from China afterward to help preserve Taiwan’s traditional culture.

As a matter of fact, TMG received some big orders from internationally prominent companies, including IKEA, after it embarked on the promotion of the glass industrial cluster in Taiwan. With various international certifications, TMG is currently one of the leading glassware manufacturers in Asia. It proved that it was a smart decision for TMG to maintain its manufacturing facilities in Taiwan.

Besides TMG’s business prowess, it is also dedicated to promoting glass arts and the preservation of traditional culture. In 2006, the Taiwan Glass Gallery (台灣玻璃館), sponsored by TMG, was established in the Changhua Coastal Industrial Park. In the Gallery, a wide variety of fine glassware, glass artwork, and industrial glass are on display.

In 2010, a spectacular 72-meter-long (236 ft) The Golden Tunnel (黃金隧道) sponsored by TMG was completed. Assembled with 3,600 colored panes of glass, the Tunnel has six unique zones with intriguing sound and visual effects, which offers visitors an unforgettable experience. In 2011, TMG was certified by the Ministry of Economic Affairs as a tourism factory.

Even more amazing, the Taiwan Hu Sheng Glass Temple (台灣護聖–玻璃媽祖廟) was established on the grounds of a factory of TMG. Fixed with glass clamps, the Temple is completely made of glass without using a single screw, and it is the only one of its kind in the world. The Glass Temple was modeled after various traditional Mazu temples (媽祖廟) in Taiwan. It took six years, with NT$120 million (US$4 million), to construct this Glass Temple. It was completed in 2012 and has been open to the public since then.

The main structure of the Glass Temple is composed of 70,000 pieces of glass provided by TMG and 66 other glass companies in the nation. Its walls are made of thermal insulation glass and decorated with beautiful wood and stone sculptures, paintings, etc. Inside the Glass Temple, a statue of Goddess Mazu (媽祖) is enshrined in the main hall. The temple looks colorful and spectacular at night, and is one of the most popular spots for photography.

Another highlight of the Park is the glamorous Universal Tower (宇宙塔), which is about a five-minute walk from the Glass Temple. It was sponsored by TMG with NT$20 million (US$700,000) and was constructed with the assistance of 28 other local glass companies. Composed of over 2,000 panes of glass, the Tower is 33.6 ft (10.25 meters) high, with a diameter of 72 ft (22 meters). It was completed in 2016, and is by far the tallest glass tower in the world.

Since the Taiwan Glass Gallery was open to the public in 2006, it has attracted more than 10 million visitors. In 2016 alone, there were 1.38 million people visiting the Gallery, which was the most-visited tourism factory in Taiwan.

Supported by Jackson Lin (林肇睢), the CEO of TMG, the Taiwan Husheng Temple Educational Foundation (台灣護聖宮教育基金會) was founded to enhance the preservation of traditional Taiwanese culture and the protection of ecology in Changhua. In addition, TMG is also dedicated to the protection of rare Taiwanese white dolphins, along with other enterprises.