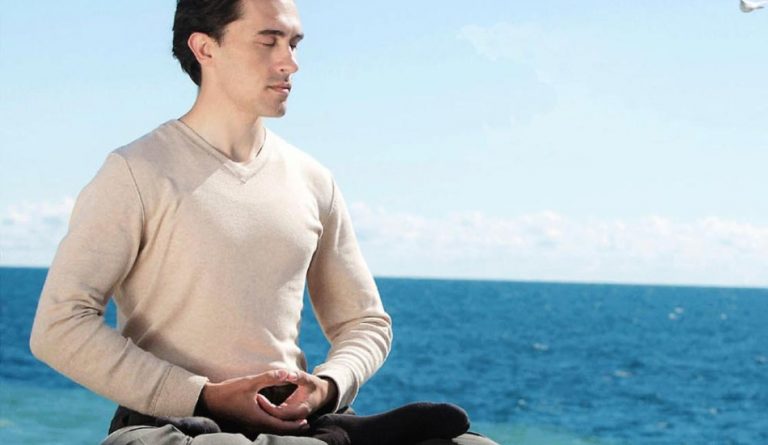 He continues to weed his garden, make home and self-improvements, exercise, and practice qigong just as he did before the pandemic.(Image: via en.mighui.org)

“We found a malignant tumor” is the last thing anyone wants to hear their doctor say, as it is understood to be a terminal condition. Yet CNN has reported cases of people healing cancer through the use of positive thinking.

David Seidler won an Academy Award for Best Original Screenplay for The King’s Speech in 2011. In 2005, he was diagnosed with bladder cancer. Using treatments prescribed by his doctor, it went into remission; however, a few months later, it relapsed. Surgery was scheduled, but he decided to try changing his pattern of thought. For two weeks, he spent hours visualizing a healthy bladder. Miraculously, it worked, and the tissue was no longer cancerous.

Dr. Christiane Northrup, author of the best seller book The Mind Body Connection, believes that thinking has healing energy. She explained that at the beginning, David Seidler was afraid, but after his thinking changed, the resulting chemical changes in his body were able to fight against the cancer.

There are also cases of cancer patients who in their desperation thought there was no hope, so they began to live more freely. For example, a few months after being diagnosed, a patient visited their physician, and the doctor was surprised to see the patient was still alive. Another medical examination was arranged, and it was found that the tumor had disappeared.

In addition to current medical research and treatments for cancer, there are a number of “alternative treatments,” such as herbalism, acupuncture, qigong, and positive thinking. People use these methods in the hopes that they might repress their cancer cells. Regarding treating cancer with qigong, the American Society of Clinical Oncology published a paper after their research found Falun Gong extended the life of cancer patients. For some people, healing cancer can be done through alternative means.

When it comes to the body’s own healing mechanisms against pathogenic diseases, Chinese ancestors already realized this a few thousand years ago. There is a passage in the Yellow Emperor’s Classic of Medicine that says, as long as the heart is full of righteous energy, “righteousness cannot be invaded by evil.” Thus, healing cancer can take place without using medicines.