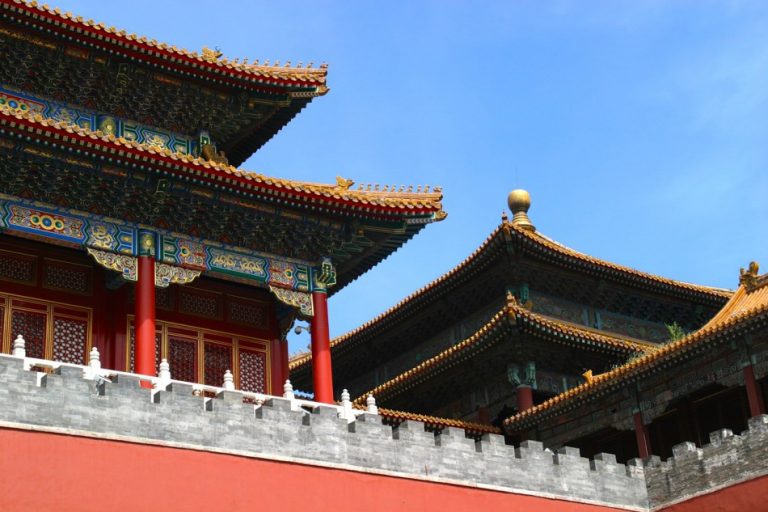 As the God of Heaven, the Jade Emperor was the only one who could own 10,000 rooms in his Heavenly Palace. (Image: via pixabay)

Among townsfolk in Beijing, it used to be said that as the God of Heaven, the Jade Emperor was the only one who could own 10,000 rooms, in his Heavenly Palace. On Earth, the country’s emperor dared not compare himself with the venerable Jade Emperor — and this is the real reason this “Earthly Emperor” kept 9,999.5 rooms in his Imperial Palace — half a room less than the Jade Emperor.

A lodging accommodating just one staircase, this half-room can be found at the western side of the Wenyuan Pavilion within the Forbidden City. Looking from the outside, it appeared as a hollow room housing stone piers; but from the inside, it was beautiful and refined.

There were four rows of hollow rooms in the Forbidden City. From the outside, they looked just like simple rooms; but on the inside, they were stone piers. Carefully designed by the building’s architects, they functioned as secret firewalls.

Many know that for 300 years there were no street lights in the Forbidden City, another of its mysteries. Was this an omission made by the architects at the time? Was it another secret security measure?

Built during the early Ming Dynasty, the Forbidden City began as a bustling hub brightly lit with burning lamps at night and extinguished each day.

In 1621, however, Emperor Chongzhen ascended the throne as a puppet ruler. Court Eunuch Wei Zhongxian then seized power, taking control of the Ming imperial court and conspiring to persecute loyal officials. Eunuch Wei and his minions often then entered and left the Forbidden City at midnight for unwholesome purposes. To move freely at night, undetected, he forced the Emperor to order a decree banning street lamps in the Forbidden City, ostensibly to avoid causing a fire. In this way, he increased his rule through tyranny.

Since then, there have been no street lights in the Forbidden City, with the successive Qing Dynasty continuing the same concocted convention.

A history both fraught and wonderful, the Forbidden City reveals both sides of the human heart, and the conundrum at the center of all existence: Will we choose to be good, or bad?

Will we shine the light — or shun it?