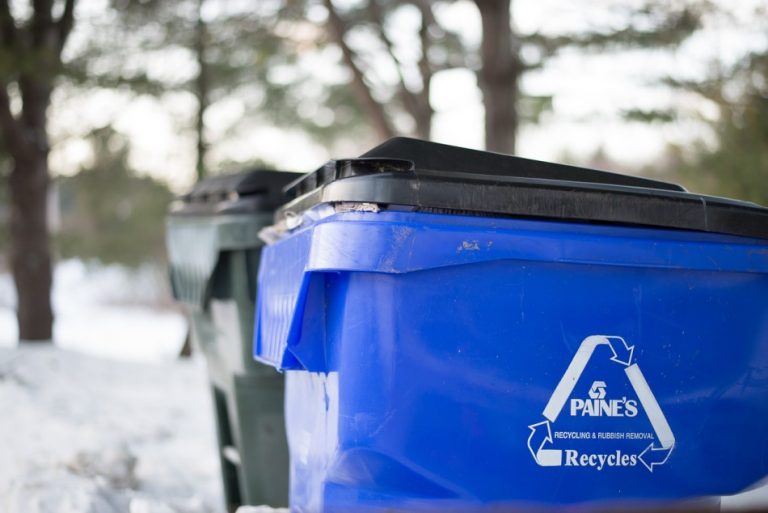 China, the top global importer of numerous recyclable materials, has been a trading partner with the U.S. for decades. (Image: pixabay / CC0 1.0)

When you put out the recycling bin, do you stop to think about where your waste ends up? Would you be surprised to learn the answer, in most cases, is China? But now, China’s recycling ban threatens the entire recycling industry.

For decades, shipping containers have been loaded with recyclable material and dispatched to China for use in the production of paper, plastic, glass, and metal products and packaging. The world’s most populous country has been the largest importer of recyclable materials, taking in more than 30 million metric tons of scrap material from all over the world every year, including the U.S.

China, the top global importer of numerous recyclable materials, has been a trading partner with the U.S. for decades. A huge number of container ships laden with consumer goods sail each year from China to ports in the U.S. However, the U.S. runs a massive trade deficit with China, and there is little demand for space on the return leg, or “backhaul.” As a result, shipping companies offer major discounts on return runs to China.

The dynamic has been a boon for the U.S. recycling industry, which has an abundance of scrap metal, paper, plastic, and electronics that Chinese recyclers crave. However, this business is now in danger of sinking.

The issue of contaminants a reason for China’s recycling ban

In July, China’s Ministry of Environmental Protection told the World Trade Organization that it would no longer accept imports of 24 common types of once-permitted solid waste due to contamination concerns as of January 1, 2018. The ban extends to various recyclables, including several plastics such as PET and PVC, certain textiles, and mixed waste paper. Easier-to-recycle metals are not included in the new restrictions.

Chinese officials believe that the waste it’s receiving from the U.S. and elsewhere is simply not clean enough, as contaminants represent a significant cost for recycling processors in China as they have to sort through the material and dispose of unusable items. The WTO filing states:

“To protect China’s environmental interests and people’s health, we urgently need to adjust the imported solid wastes list, and forbid the import of solid wastes that are highly polluting.”

China’s domestic waste has also been increasing in line with the emergence of a Chinese middle-class that has consumption habits similar to Westerners. Correspondingly, China has stepped up its efforts to collect more recyclable material domestically, thus reducing its reliance on imports and is another factor in China’s recycling ban on foreign waste.

Recycling efforts may be at risk

Recyclable materials will continue to be collected, at least for now, in most places as collectors seek out new scrap customers in other parts of Asia and Latin America. They do not see it as a crisis yet, but once recyclable waste is collected, where will it go if not sold to Chinese buyers? The most obvious answer is local landfills if there is no immediate domestic or offshore market.

Longer-term, U.S. recyclers will need to invest in machinery to more stringently sort and use the material they collect, while households will have to do a better job of sorting items at the source to avoid contamination.