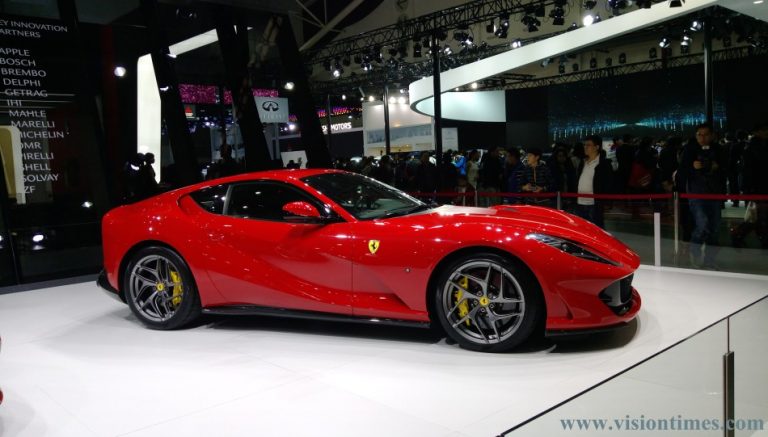 Boasting the largest automobile exhibition in history, the 2018 Taipei International Auto Show is being held at Taiwan’s Taipei Nangang Exhibition Center from December 30, 2017, through January 7, 2018. To accommodate all of the entries, 3,636 exhibit spaces in the Exhibition Center were opened, and all of them were fully occupied.

Organized by the Taipei Automobile Distributors Association, the biannual large-scale car exhibition features more than 350 new models from 41 different brands from around the world. Among them are each brand’s flagship cars, the latest mainstay models, concept vehicles, green cars, and gorgeous supercars with significant cutting-edge technologies and amazing workmanship.

Not only can visitors see the latest models of vehicles with bold designs, which embody imaginative and forward-thinking technologies that fully immerse their occupants, but they can also sit in some cars to experience zero-lag acceleration through VR headsets.

One of the highlights of the Auto Show is the introduction of a new compact crossover concept vehicle, the Lexus UX Concept, which showcases the vision for a compact SUV of the future. The UX Concept was built upon the concepts of “inside-out” and “deconstruction,” which creates a strong synergy of exterior and interior designs that harness elegant geometry.

Another feature of the show is the next generation of fuel cell vehicles (FCV). The Toyota FCV Plus concept car on display has a distinctive and sleek shape, and looks rather cute. Despite its compact exterior dimensions (3,800 mm long, 1,750 mm wide, and 1,540 mm tall), its cabin offers ample space. And although it has lightweight characteristics, its frame structure still ensures rigidity. Its fuel cell stack is mounted between the front tires, and the hydrogen tank sits behind the rear seat.

Although there are 12 local car manufactures in Taiwan, which has a population of 23 million, imported cars are still quite popular. Imported cars accounted for about 41.5 percent of the nation’s new car sales in the first 11 months of 2017, an increase of 9 percent from the previous year.

The 2018 International Auto Show is expected to attract an estimated 300,000 visitors, who are attracted to the rich content of the exhibition, coupled with the enthusiastic participation of many leading car manufacturers from around the globe. It is believed that the event will further boost the imported car sales in Taiwan in the coming year, while bringing some glamour to the automotive world.