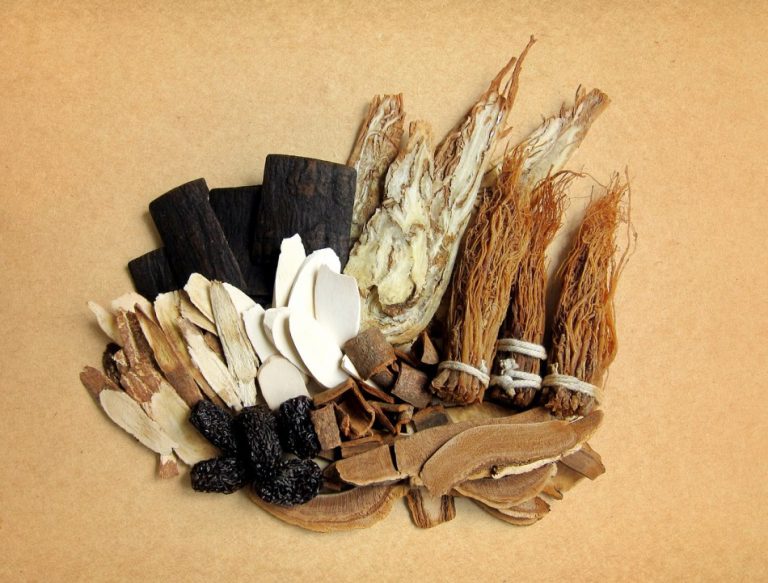 Dr. Zhou Lizhong, founder of the Hong Kong Institute of Chinese medicine, was born into a family of Chinese medicine practitioners. Since the 1970s, he has painstakingly researched cancer and other incurable diseases. He applies traditional remedies in his clinical treatments.

“Contracting a disease is related to a person’s mental state, lifestyle, and many other issues,” said Dr. Zhou. “Chinese medicine links disease to both internal and external elements. The internal elements are joy, anger, worry, obsession, sorrow, fear, and terror, which in Chinese medicine are called the seven internal emotional damages.”

Expanding on the topic, he noted: “The external factors are the wind, cold, heat, wetness, dryness, and fire, known as the ‘six exogenous elements,’ including modern pathogens [such as] bacteria, viruses, and parasites, plus chemistry, physics, and other risk factors.”

They are referring to how emotional disorders directly damage the internal organs. A person’s mental state can affect the function of his internal organs, thereby affecting the person’s immune system.

“Qi must be exhausted before evil forces can gather.” Dr. Zhou explains: “If a person lacks righteousness, evil forces will invade. Causes for cancer are complex and involve multiple areas, but studies have shown decreased immune function leading to the mutation of genes.”

Dr. Zhou believes that once some people are diagnosed with cancer, they become very nervous and fearful; they cannot eat or sleep, and thus their immune systems become worse and cause them to die. When a person’s seven emotions are unbalanced, their conditions are further aggravated.

The majority of patients die from treatments rather than diseases. According to the Yellow Emperor’s Inner Canon, one should not overly accumulate or eradicate something. One should stop after the majority of it has been removed, otherwise, one will suffer.

“In Chinese medicine, when treating a tumor, the goal is to eliminate more than half of it,” Dr. Zhou explained. “Overdoing it would result in damaging both positive and evil forces in the body, and both may perish in the end.”

From ancient times to the present, Chinese medicine has advocated “coexistence” with tumors. It means living with a tumor and suppressing its development. This principle exemplifies ancient Chinese philosophy.

Dr. Zhou gave the example of a patient who was diagnosed with pancreatic cancer in 1998, but only died recently. He lived for 13 years with the cancer, which is incredibly rare.

His only treatment for the cancer was taking Chinese medicine a few times every week. From 2007 until 2011, his tumor increased by 1 centimeter. The patient was able to work and travel like a healthy, normal person. This is rare in today’s medical field.

Although traditional Chinese medicine has a long history of successfully treating cancer, very few patients come to see traditional Chinese physicians at the onset of their cancer. Usually, they come after surgery, chemotherapy, or radiation, and wait until the cancer has reached a quite advanced stage.

After several decades of clinical study, Dr. Zhou has come to these conclusions: “Eighty percent of cancer patients’ deaths resulted from the treatment or from fear. Many patients were weakened, with their self-healing ability diminished after surgery, chemotherapy, and radiation. They became depressed, thus aggravating their conditions.

Dr. Zhou stressed that people have the instinct to live. Therefore, we should never overlook the self-healing power within our bodies. In fact, the world’s medical research has also found that 1 percent of cancer patients can heal themselves without treatment. In the healing process, he advocates “talk therapy” to stimulate the living power in a patient’s body.

Too strong an immune function is not necessarily better for us. Some people think that the stronger the immune function, the better it will be for them. Dr. Zhou said: “That is a misconception. Many of our human diseases result from abnormal reactions from our immune system, such as diabetes, dermatomyositis, psoriasis, rheumatoid arthritis, hyperthyroidism lupus, and the like.”

Medical treatment is an adjustment to the equilibrium of the body. However, medicine cannot go to extremes. When the treatment of cancer is done through the use of methods that are destructive to both good and bad forces, in the end, everything perishes.

Chinese medicine emphasizes the balance of yin and yang. Treat the main symptoms first and then restore the normal physiological condition. When the righteous energy is sufficient, the immune system will regain its normal function, and then the disease will disappear naturally.