‘In This Country, We Can Only Hibernate’: The Story of Li Bifeng 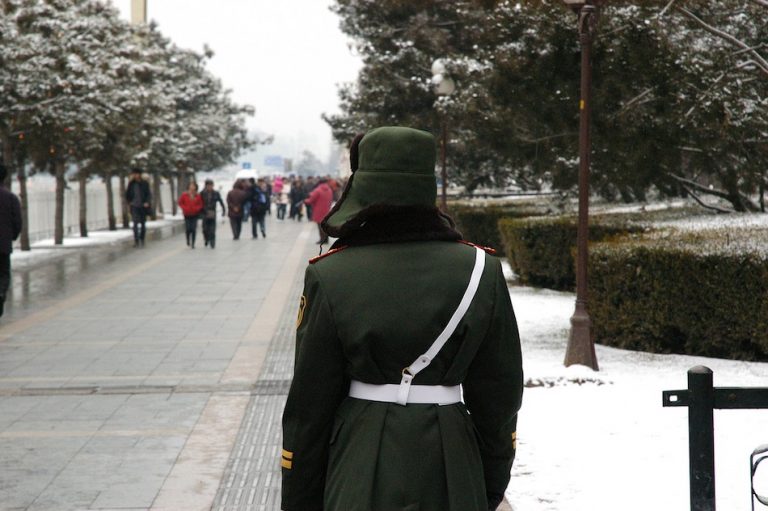 'In this Country, We Can Only Hibernate' is a poem that sums up the state of free speech in China. (Image: pixabay / CC0 1.0)

Li Bifeng, Chinese author, poet, and activist, has been working toward democracy in China for decades, where free speech is not tolerated.

He wrote a report in 1998 about a courageous sit-in of a group of textile workers on a Chinese highway. This report on the workers’ protest, along with his involvement in the Tiananmen Square democracy movement, saw him imprisoned for 5 years. He was on the run for half a year before he was captured by Chinese authorities.

If you have seen the work of Chinese artist and activist Ai Wei Wei, you may have come across his “Heroes of Our Time”, which is an installation of 176 portraits made from Lego of people from around the world who have been imprisoned or exiled because of their beliefs or affiliations, most of whom were still incarcerated at the time the artwork was created. Li Bifeng is one of the portraits.

Li Bifeng is known to have summed up the state of free speech in China through his poem In this Country, We Can Only Hibernate:

Our trees begin to wither.

We no longer have the nutrients to offer them;

In the snows of passing time.

We all love to hibernate.

Our hearts are tired

Our blood is tired,

We nestle beneath the snow to hibernate.

To learn more about Li Bifeng, watch the video below from NTD.TV that came out in 2013, when he was awarded the Hellman-Hammett Grant, which was established for writers around the world who have been victims of political persecution.