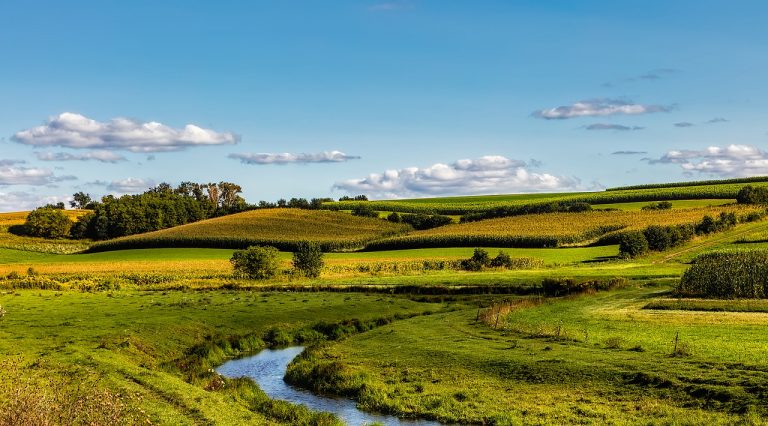 A traveler saw an old woman standing beside a rain-swollen creek after a heavy downpour. (Image: via pixabay )

There are lessons to be learned from these two uplifting stories.

A traveler saw an old woman standing beside a rain-swollen creek after a heavy downpour. She seemed worried and reluctant to cross. The traveler walked over and kindheartedly asked the woman: “Do you want me to carry you on my back and bring you over to the other side?” The old woman was astonished and without saying a word, nodded her consent. He carried her across, exhausting his strength. The old woman left hurriedly without even a word of thanks. The fatigued traveler regretted helping the old woman. He did not want any repayment, but he thought that at least she could have expressed her gratitude.

A few hours later, the traveler had reached the mountains. It was a difficult route, and he had been bitten by insects to the point that his legs were swollen. Just then, a young man caught up with him. He said to the traveler: “Thank you for helping my grandmother. She said you would need these things and wanted me to bring them to you.” After the young man finished talking, he took out some food and medicine from his bag. He even brought along a donkey, which he handed over to the traveler. The traveler was very grateful. The young man then said: “My grandmother is incapable of speaking, so she wanted me to thank you on her behalf!”

A woman engaged a house painter to paint some rooms in her house. When the painter arrived, he was met by the woman’s husband. He was blind in both eyes and the painter felt sad for him. However, the man looked jovial and optimistic. The painter had some good conversations with the man during the few days he was painting the house, and physical defects were never mentioned.

After completing his job, the painter delivered the bill to the woman who had hired him. The woman was surprised to see a big discount off the originally agreed sum. She was puzzled and asked the painter: “Why did you give such a big discount?” The painter replied: “I felt very happy when I was with your husband. He made me feel that my own situation is not that bad, so I discounted a portion as a token of my gratitude to him.” The painter’s deep respect for her husband moved the lady to tears because the generous painter himself had only one hand.

There are several important lessons to be learned from these two uplifting stories: