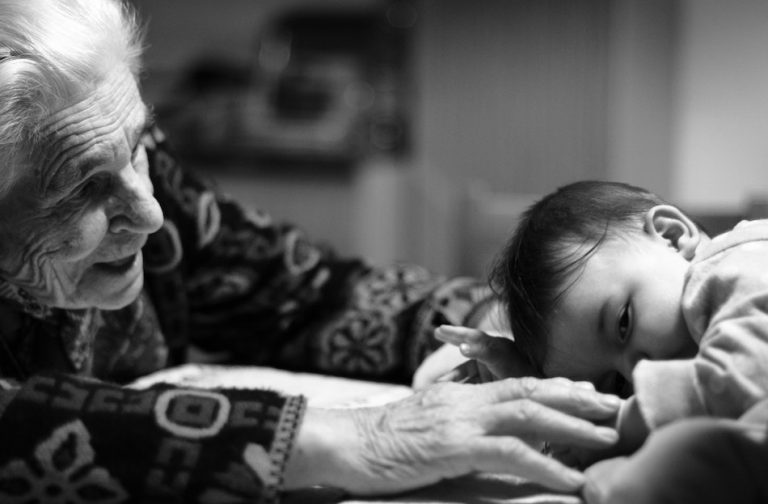 Aging is natural, and healthy aging is achievable. (Image Paolo Bendandi via Unsplash)

An illustration from a classic text of Confucian filial piety shows a son amusing his elderly parents by pretending to be a child. Aging is natural, and healthy aging is achievable.

Although the risk of disease and disability clearly increases with advancing age, poor health is not an inevitable consequence of aging.

Many of the illnesses, disabilities, and deaths associated with chronic diseases are avoidable through known preventive measures. Key measures include practicing a healthy lifestyle (for example, regular physical activity, healthy eating, and avoiding tobacco use), and the use of early detection practices (screening for breast, cervical, and colorectal cancers, diabetes, and depression).

Throughout the middle and later years, people gradually develop signs and symptoms of aging like graying and thinning hair, ringing in the ears, hearing loss, infertility, diminished sexual function, menopause, forgetfulness, urinary and bowel incontinence, pain and weakness in the lower back, hip, and knees, reduced bone density, and increased risk of fractures.

Western medicine recognizes that some of these symptoms may be due to deficiency in sexual hormones, such as estrogen and testosterone, which is why hormone replacement has become a focus of “anti-aging” medicine.

Traditional Chinese medicine (TCM) offers a perspective on aging that is energy-based. From a TCM standpoint, aging is a process of losing kidney qi and essence.

Kidney here is not just the anatomic entity of the two kidneys we have in our lower backs, but an energy subsystem called the kidney meridian. The meridians are energy channels that form a web-like system allowing qi to flow throughout the body.

One of the most important ancient texts on Chinese medicine is The Yellow Emperor’s Classic of Internal Medicine, which dates back to about 200 B.C. According to this book, kidney qi and essence are responsible for brain development and function, including hearing, bone matrix, and function of bone marrows, sexual function and the capacity to conceive, and regulation of the urinary tract and bowels. This meridian reflects the mental functions of willpower and motivation, and emotions derived from fear.

Other factors can make one lose kidney essence faster. For example, the dysfunction of other meridians can increase the demand and depletion of kidney qi and essence, such as poor care during pregnancy and childbirth, heavy menstruation, excessive ejaculation in men, and excess of fear.

The status of qi and essence in the meridians is checked through classic TCM techniques, such as pulse diagnosis. The primary ways TCM balances the meridians include acupuncture, Chinese herbs, and qigong.

Amy, a 40-year-old woman, reported feeling like she was 90. She had stopped menstruating 10 years ago and lost sexual drive 9 years ago, which is about when she began to suffer from urinary incontinence and osteoporosis. In addition, she had severe seasonal depression and insomnia.

She was assessed by classic Chinese medicine techniques and was diagnosed with severe kidney qi deficiency. After three weekly acupuncture sessions and Chinese herbal supplements to strengthen her kidney, her symptoms improved significantly.

Cathy, a 65-year-old woman, complained of difficulty concentrating and remembering. She thought these symptoms were side effects of the four medications she was taking to control her severe depression. She was evaluated with TCM techniques and determined to have kidney qi and essence deficiency, and liver stagnation.

For about three months, Cathy had acupuncture and Chinese herbal remedies twice a week. In addition to improvement in cognitive function, she reported less pain in her lower back and knees, more sexual satisfaction, reduced urinary incontinence, and a better mood. With her physician’s guidance, she was also able to decrease her psychotropic medications.

You can also learn to stimulate acupuncture points with self-acupressure. Many relaxation techniques and energy exercises can positively affect meridian balance. We particularly recommend mindfulness-based meditation, tai chi, and qigong. Some cultivation systems like Falun Dafa (also known as Falun Gong) go beyond anti-aging and aim for spiritual enlightenment and eternal life.

Aging is a natural process of life, and healthy aging is achievable, particularly through integrating the best of Eastern and Western medicine. It is advisable that you have a consultation with a well-trained doctor of traditional Chinese medicine to discuss an individual plan that uses ancient Chinese wisdom. However, you should do so in addition to the care you already get from your doctors of conventional medicine.

Dr. Jingduan Yang is a board-certified psychiatrist and a fourth-generation doctor of Chinese medicine. His website is Taoinstitute.com