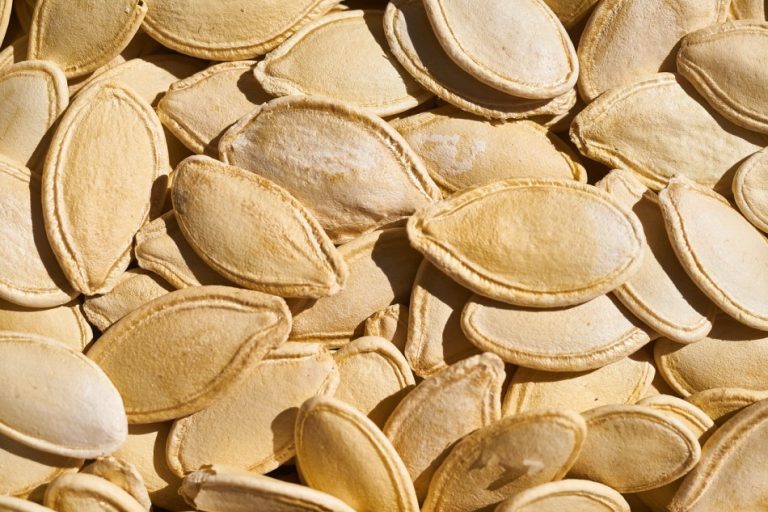 Most Americans are unaware that pumpkin seeds are very healthy. (Image: via pixabay)

Every year, come late November, cooks in small towns and big cities all over America scoop out precious pumpkin seeds and toss them away, with only the very committed cooks setting the seeds aside to serve later as snacks. This is because most Americans are unaware that pumpkin seeds, Cucurbitae moschatae semen, in Latin, or “nan gua zi” in Chinese, are very healthy.

They are used in traditional Chinese medicine for a variety of ailments. According to one of the most widely used books in the study of Chinese herbs and foods, Bensky’s Chinese Herbal Medicine Materia Medica, pumpkin seeds are good for easing digestion and stimulating lactation in new mothers.

The seeds can also be used for resolving parasitic infections and easing the associated intestinal pain. Among other things, pumpkin seeds also have tryptophan, a precursor to the neurotransmitter serotonin, which helps improve mood and sleep.

In Chinese medicine, foods and herbs are associated with therapeutic flavors, and food is considered a fundamental part of traditional Chinese medical treatments. Some sweet foods (not refined sugar!) benefit the spleen-and-stomach system.

Pumpkin seeds are considered to be sweet and neutral, and have cooling properties. For people with sluggish digestion, loose bowel movements, and little appetite (a classic “spleen deficiency” diagnosis in Chinese medicine), eating a moderate amount of pumpkin seeds can be very beneficial.

Pumpkins are primarily orange, which is associated with the earth element. Earth is also affiliated with the spleen and is key to good digestion.

A common Chinese herbal treatment would be a daily dose of 1 to 2 tablespoons of ground pumpkin seeds. Most of the active components of pumpkin seeds are water-soluble, which means that you can boil them for several hours (decoction method) or even steep them in hot water as if they were tea.

And what about the rest of the pumpkin?

Pumpkin meat is rich in vitamin A, beta carotene, and potassium, and is filled with fiber, which makes it a great food both before and after a workout. Beta carotene (an antioxidant) is good for skincare and like most antioxidants, can help prevent cancer.

So for your next holiday party, you can offer lots of roasted pumpkin seeds and pumpkin entrees, and in good conscience show off your culinary skills with a pumpkin pie (as long as the sugar and dairy are used in moderation, your acupuncturist would say).

Dr. Barbara Siminovich-Blok completed her medical residency at the Yale Prevention Research Center, one of the only hospital residencies for naturopathic doctors. She practices Acupuncture and Naturopathic Medicine in midtown New York City at Equilibrium LLC, Naturopathy and Acupuncture. Her website is: drsiminovich.com