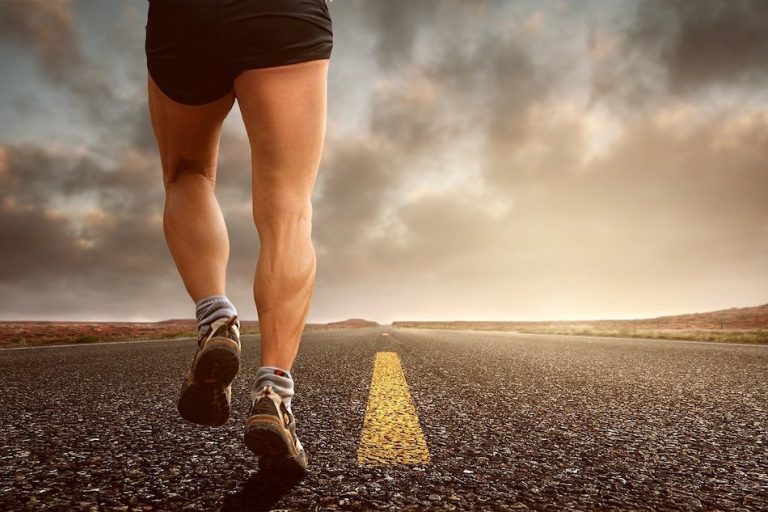 One of the strongest areas of Chinese medicine is that of trauma remedies, especially while an athlete is in training.(Image: via pixabay)

Chinese medicine for athletes can be very effective because one of the strongest areas of Chinese medicine is that of trauma remedies: treating the cuts, bruises, lacerations, sprained joints, and pain that can pop up unexpectedly, especially while an athlete is in training.

Traditional Chinese medicine is the oldest continually practiced health care system in the world. Especially in the United States, TCM is professionally administered with board-certified, licensed, and insured practitioners. The philosophy of TCM goes back thousands of years and is based on the principle of balance: the interdependent relationship of yin and yang. Through this balance, health is achieved and maintained.

Chinese medicine has two very important secrets for treating traumatic injuries that are not used in the Western paradigm.

Acupuncture works exceptionally well for traumatic injuries because it helps increase blood circulation, especially to an area of the body that has been affected by trauma, flushing the injured area with a fresh supply of blood, which allows the injury to recover twice as fast.

However, acupuncture’s secret number one for faster recovery is electro-stimulation, which is the connection of the body’s electrical frequency with acupuncture needles. When needles are inserted at the acupuncture points, they stimulate a healing response from the nearby cells.

The research behind electro-stimulation started in the 1950s when Dr. Yoshio Nakatani discovered that the points along the acupuncture channels have significantly more electrical conductivity than areas of skin that did not have acupuncture points.

Later in the 1980s, a German scientist and a Chinese biologist discovered that sodium, potassium, and other electrically charged inorganic ions, such as proteins and DNA in the human body, emit electromagnetic (EM) radiation that changes with the insertion of acupuncture needles. The researchers found that the needles activate a current of injury response that changes the EM field and the biological response.

The second secret to treating athletes in record time is Chinese herbs.

The power of Chinese herbs is an essential complement to acupuncture treatments, and speeds up recovery from physical trauma. When an injury is treated immediately using Chinese herbs, the rate of recovery can double.

Trauma liniment, also known as Die Da Jiu liniment, is a herbal liquid that literally translates to “hit, fall, wine” and is the No. 1 remedy for bruises, contusions, sprains, and fractures. This formula was developed centuries ago in kung fu schools to treat bruises and injuries due to injuries that would occur during daily practice. Bruises, contusions, sprains, shin splints, repetitive motion injuries, and fractures, which also need a doctor‘s care, can be treated with amazing results. This herbal formula moves stagnated energy and blood that occur after injury.

Liangcai Xin Die da Wan, also known as Tieh Ta Wan, is one of two patented trauma pill formulas and the internal counterpart to Trauma Liniment. Taken in tandem with the lotion, Liangcai Xin Die da Wan quickly breaks up blockages of blood and fluid due to trauma and removes accumulation, which sits in the area of the injury, preventing blood from congealing in the tissue.

Yunnan Paiyao is a granule in capsule form, which can be taken internally or opened and applied topically for treating open wounds, and is the best way to prevent scarring. This patented formula helps the flesh regenerate and prevents blood stasis and infections, which can lead to scarring.

Herbal Ice, also known as San Huang San, is composed of three cooling Chinese herbs that reduce inflammation while dispersing congealed blood and fluids. This is the single most useful herbal poultice for your first-aid trauma kit! This is most helpful for immediate treatment of sprains, strains, turned ankles, pulled muscles, twisted wrists, or severe contusions.

Whenever you would use ice, San Huang San should be substituted right away. When an injury occurs, blood will stagnate in the muscle tissue and often does not reabsorb back into the system. The blood can congeal and harden, adhering the muscle fibers together and blocking normal circulation in healthy areas, creating pain and stiffness.

Tendon lotion is a combination of warming herbs that is best used for chronic conditions, such as tendonitis, tennis elbow, golfer‘s elbow, shin splints, or old injuries such as sprains or reoccurring problems made worse by cold and dampness. When heat makes your injury feel better, this is the formula for you.

Massage this lotion into affected areas twice a day. This unique blend of Chinese herbs works deep down into the tendons to stimulate circulation.

UI oil is a wonderful massage oil used for stiff, sore, overexerted muscles and joints that feel worse with cold and damp. This oil is also great to massage into cold muscles before exercise to help them warm up and to prepare them for stretching and activity. UI oil contains the light, warming aromatic oils of cinnamon, peppermint, lilac oil, and the tree resin “xue jie,” also known as “dragon’s blood,” a resin known for its ability to dispel congealing blood and relieve pain.

Black Ghost Oil, also known as Hak Kwai Pain Relieving Oil, is the most deep penetrating massage oil used for deep bone bruising that occurs in areas where there are thick muscles overlaying bones. This area is bruised and painful, but shows no visible swelling or discoloration on the surface. This is the most effective oil for this type of injury because it contains very aromatic herbs and oils that penetrate this kind of obstruction.

Andrew Pacholyk, M.S. L.Ac., has been in the alternative health field for over 18 years. He is an expert in sports medicine, infertility and gynecology, pain management, and anti-aging therapies.  His website is: proacumed.com