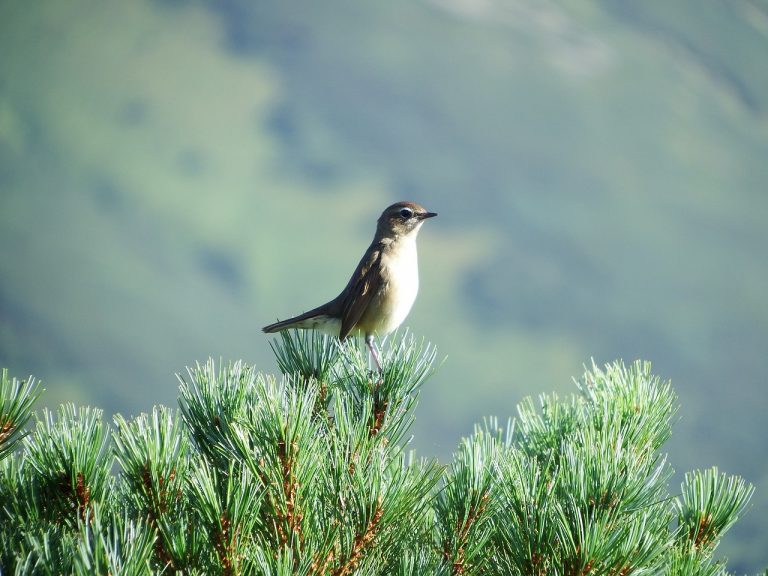 The ideal of harmony between nature and humans suggests that humans should respect and appreciate nature and follow the guiding principles of the universe. (Image: via Pixabay)

In the long history of Chinese civilization, harmony has always been a highly valued virtue. Chinese people have always put an emphasis on harmony. It encompasses the fundamental principles of nature, society, and humanity. It is also a prerequisite for cultivating one’s morality, protecting one’s family, governing one’s nation, and stabilizing the world. Harmony is at the core of Chinese traditional culture.

Harmony is most precious

Harmony can be interpreted as the ideological concepts of conscientiousness, concordance, peacefulness, and gentleness. Harmony and peacefulness are at the core of Chinese traditional culture. The ideal of harmony between nature and humans suggests that humans should respect and appreciate nature, and follow the guiding principles of the universe.

In addition to respecting and protecting nature, we should understand that harmony is conducive to the generation of all living beings. When cultivating ourselves, we should have a peaceful mind, when dealing with others we should follow the principle of harmony, not uniformity or mindless consensus, and when governing a country we should fully understand that if the government functions well, harmony will be achieved among people and between nature and man.

When talking about harmony, Confucius said that people should behave according to the principles of:

“Being close to and learning from people of virtue and compassion, caring for people while associating with them.” In Da Xue, we can learn that: “From the Son of Heaven down to the mass of the people, all must consider the cultivation of the person the root of everything else.”

In other words, people must cultivate themselves seriously, and be courteous at home, be respectful in the running of a business, be loyal in dealing with people, and treat others in the way that they would like to be treated. Confucius said that only after one cultivates virtue, can he really become a gentleman rather than a petty man, and reach the state of harmony without uniformity and being all-embracing instead of being partisan. In Lunyu, Confucius said: “In practicing the rules of propriety, a natural ease is to be prized.”

In other words, propriety should precede harmony. Only after we subdue ourselves and return to propriety, can we have a peaceful world. Propriety was regarded as the social norm in Chinese history. It has two characteristics. The first is self-restraint. Self-restraint is so important that it is something that we cannot do without in terms of propriety. Thereby, we are able to avoid conflicts of interest and social chaos resulting from lack of constraint. The second characteristic is harmony, which is the core element of propriety. Propriety is the manifestation of harmony, it conforms to the principles of morality and justice.

For example, in ancient times, Emperor Shun was glad to help others, so his great kindness benefited a huge number of ordinary people. He associated with sages and stayed away from dishonest people. He once farmed the land in Li Mountain, and allowed others to farm the fertile land. He fished in Lake Lei, and let others fish in the well-managed fishing ground. He led the ceramic artisans along the riverside to produce exquisite items instead of making poor-quality articles. He implemented peaceful strategies, and subdued the three Miao tribes by virtue, and taught them to repress evil and encourage good.

It is because of his humbleness and conscientiousness, as well as his qualities of honesty and compassion, that his people were well mannered. All the people had the awareness of living by an accepted moral standard, so that after people lived together for one year, a community was formed, and a village was founded in the second year, while a town was established in the third year. As the government was honest and politics was transparent, all the groups and states co-existed peacefully.

State of equilibrium and harmony

Equilibrium and harmony were highly valued by people in ancient times. The Doctrine of the Mean states:

“This equilibrium is the great root from which grow all the human actions in the world, and this harmony is the universal path which they all should pursue. Let the states of equilibrium and harmony exist in perfection, and a happy order will prevail throughout heaven and earth, and all things will be nourished and flourish.”

Confucianism emphasized the importance of honesty, righteousness, and the principles of cultivating one’s morality, protecting one’s family, governing one’s nation, and stabilizing the world. These qualities evolved from the inside to the outside, from ourselves to others, from human to substance, from near to far, emphasizing that we should cultivate ourselves first and then have a peaceful world. If everyone can persistently upgrade his moral standard and perfect his personality qualities to become a gentle, modest, humble, diligent, conscientious, scrupulous, meticulous, faithful, and well-mannered person, then society would definitely become more harmonious and peaceful.

“Pursuing harmony” refers to moderation, fitting, balance, and harmony.  From the sentence “The harmony is beneficial to all things” in the Book of Changes, the balance of yin and yang is essential to all four seasons, all things, and the long-term stability of the state.

From the saying “A grudge must be resolved through harmony” by Zhang Zai, a philosopher in the Northern Song Dynasty, people should make great efforts to defuse conflicts and resolve wars with peaceful means.  He said:

“Qian is called as father and Kun as mother. People are insignificant. Vital energy is filled everywhere.”

Ancient Chinese would seek harmony but keep differences. No difference, no harmony. Seeking harmony but keeping differences is used as a standard to distinguish a gentleman from a petty man in Confucianism. “Harmony but difference” is to pursue an inner balance, not agreement on the surface. It is admitting the difference and diversity among all things. “Consensus without harmony” is otherwise, it is to suppress dissident and eliminate differences, which leads to stagnation and loss.

For example Qi Jing-Gong, the King of Qi state in the Spring and Autumn Period (770-476 B.C.), once said that only Liang Qiuju and he had a harmonious relationship. Another minister, Yanzi, said:

“I do not think so, as Liang Qiuju praises you for no reason. That is not harmony, but consensus. As in making a bowl of your favorite soup, you must balance sauces, adding salt if it becomes bland or adding water if it turns salty. The relationship between sovereign and subject should follow this same path.

To refuse to point out differences of opinion is not seeking harmony. How is it a benefit to you and the state? His words are dull and uninteresting, as only adding water to water and only playing one tone.  No body would like this way.”

Yanzi expatiated on the essential difference between “harmony” and “consensus.” Sovereign and ministers should pursue harmony based on free expression of opinions. It is an ideal condition to govern the country. He explains:

“Seek harmony but keep differences. A man should be open-minded and tolerant of others. He should enjoy the company of all and never join in doing bad deeds. A man without virtue will make profits by any means fair or foul, he will not listen to differing opinions and will renounce those who disagree with him.”

Confucius called those who agree with everything without giving anything serious thoughts as “Xiang Yuan.” He said, “Xiang Yuan was a thief of virtue.”  He also thought that those base persons, hypocrites, were always spurned with scorn. As to judging the morality of a man, he said:

“It should not be based on likes and dislikes, but on virtue. A gentleman will never compromise on important moral issues of right and wrong.”

Through the ages, “Harmony is to be prized,” “Be kind to others,” “The Benevolent loves the others,” and other traditional philosophies are generally accepted by the Chinese people in the spirit of humanity and ethical principle.  Today, the Chinese Communist Party (CCP) stifles criticisms and suggestions, fabricates sensational lies, forces people to be empty-headed in order to rally close around the CCP Central Committee.

At this crucial time in history, only through withdrawal from the CCP and its affiliated organizations and restoring our traditional Chinese culture will people have a bright future.