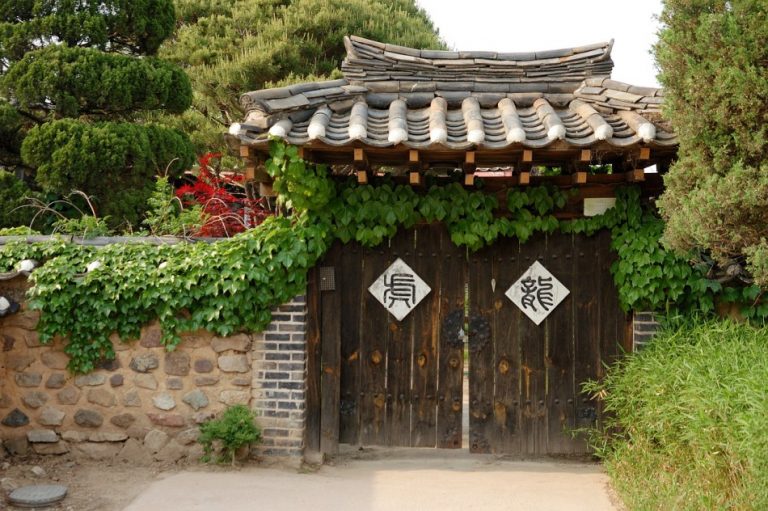 The Korean alphabet Hangul, which today has become a visual ambassador for Korean culture, was created in 1443 by King Sejong the Great. (Image: pixabay)

Of the 6,000 languages in existence today, only a hundred have their own alphabets. Of these 100, the Hangul alphabet is the only alphabet made by an individual for which the theory and motives behind its creation have been fully set out and explained.

The Korean Hangul alphabet, which today has become a visual ambassador for Korean culture, was created in 1443 by King Sejong the Great (1397-1450). In 1446, it was set out in published form together with a manual explaining it in detail. Sejong named the alphabet and its accompanying volume Hunmin Chongum (The Proper Sounds for Instructing the People). The Korean alphabet is nowadays commonly referred to as Hangul, which means the “Script of Han (Korea).”

The Hangul alphabet is neither based on ancient written languages nor an imitation of another set of characters, but an alphabet unique to Korea. On the other hand, Roman characters have their origins in the hieroglyphics of Egypt and the syllabic Phoenician alphabets, and underwent gradual evolution to become what they are today. Chinese characters began as inscriptions on bones and tortoise shells, and took thousands of years to reach their current form. The Hangul alphabet is a highly scientific writing system, based on profound linguistic knowledge and philosophical principles.

In his book Writing Systems: A Linguistic Introduction, British linguist Geoffrey Sampson devoted a special chapter to the Hangul alphabet. “The history and theories of global writing systems have been raised to a new level with the advent of Hangul,” Sampson wrote:

“Whether or not it is ultimately the best of all conceivable scripts for Korean, Hangul must unquestionably rank as one of the great intellectual achievements of humankind.”

The praise of renowned scholars for this relatively young alphabet is seemingly endless. Professor Jared Diamond of UCLA, who won the Pulitzer Prize in 1997 for his book Guns, Germs, and Steel, wrote an article entitled Writing Right for the June 1994 edition of Discover magazine. In the article, he described the Hangul alphabet as “an ultra-rational system” and “a precise reflection of a people’s speech.” Some other scholars even attribute Korea’s rapid economic development and growth in information technology during recent decades to the Hangul alphabet,  which has helped to keep illiteracy rates in Korea among the lowest in the world.

Hangul alphabet created out of compassion

For most of Korea’s history, Koreans wrote using ancient Chinese characters (“Hanja” in Korean). Since the tongues of the two nations belonged to different linguistic families, however, Korean was not easily expressed in Chinese characters. In Chinese, for example, sentences are qualified with particles, whereas in Korean, suffixes are used to add or modify the meaning. Despite this inconvenience, the conservative Korean upper classes were firm in their support for its continued use. A sudden change occurred in the mid-15th century, initiated by King Sejong.

Through years of painstaking effort, Sejong was able to analyze the basic units of medieval Korean speech using his own knowledge of linguistics, and finally succeeded in making it into an alphabet, called the Hunmin Chongum. While devoting himself to the creation of the Korean alphabet, Sejong almost lost his eyesight.

The king explained his reason for creating the alphabet in his preface to Hunmin Chongum. He wrote:

“The spoken language of our country is different from that of China and does not suit the Chinese characters. Therefore, amongst uneducated people there have been many who, having something that they wish to put into words, have been unable to express their thoughts in writing. I am greatly distressed because of this, and so I have made twenty-eight new letters. Let everyone practice them at their ease, and adapt them to their daily use.”

This passage, though short, demonstrates Sejong’s benevolent attitude — his hope was that all people should learn to read and write. Unfortunately, the circumstances were not favorable for his new invention.

A call for universal literacy was in his day something of an anachronism. It would have been considered by many unnecessary and undesirable for the general population to be able to read. Some of those in power would even have thought it dangerous to put a tool as politically important as writing in the hands of the common people.

Nevertheless, Sejong was very concerned about the education of his people. Not only did he often write about the importance of literacy, but he also urged those who had been educated to do their best to educate others, and encouraged women to learn how to read. With an illiteracy rate of almost zero in Korea today, the Korean people are still benefiting from the king’s determination and self-sacrifice.

In memory of King Sejong’s noble spirit, Koreans commemorate Hangul Day every year on October 9. The United Nations Educational, Scientific and Cultural Organization (UNESCO) has also established the “King Sejong Literacy Prize,” annually awarded to individuals or groups that have contributed greatly to the battle against global illiteracy.

The world’s most advanced alphabet

G. K. Ledyard of Columbia University was deeply impressed by the scientific principles of the Korean alphabet. In his dissertation, The Korean Language Reform of 1446, he wrote as follows:

“One of the most unique and interesting features of the Korean alphabet is the strict correspondence it shows between graphic shape and graphic function. Not only are the shapes of the consonants of a pattern different from those of the vowels, but even within these two main groups, the shapes decided upon by Sejong clarify other important relationships…

No other alphabet in the world is so beautifully, and sensibly, rational… It is really impossible to withhold admiration for this conception of a shape-function relationship and for the way it was carried out.

There is nothing like it in all the long and varied history of writing. It would be quite enough merely to have the systematic shapes within classes. But for those shapes themselves to be rationalized on the basis of the speech organs associated with their sounds — that is unparalleled grammatological luxury!”

Founded on philosophical as well as scientific principles, the Hangul alphabet embodies certain elements of Confucian outlook. In traditional Eastern thought, yin stands for the concepts of feminine, passive, dark, dry, and cold, while yang encompasses the masculine, active, bright, humid, and hot. From the interaction between these two principles arise the five elements of Wood, Fire, Earth, Metal, and Water, which represent dynamic processes rather than physical entities. Corresponding to these principles, each vowel and consonant in the Hangul alphabet is assigned the properties of either yin or yang, and the five basic consonants represent the five elements, according to their place of articulation.

Most of the writing systems in the world today began as hieroglyphics (pictographs), eventually developing into ideographs, then syllabic characters, and finally phonemic alphabets.

The ancient Egyptian and Chinese characters were pictographs. Modern Chinese script, which evolved from pictographs, is the best-known ideograph, while the Japanese writing system is categorized as a syllabic alphabet. The most widely used alphabets in current times, the Roman (Latin) and Cyrillic characters, are phonemic, as is Greek, the mother alphabet of Roman and Cyrillic.

The Hangul alphabet is commonly classed as a phonemic alphabet like the Roman and Cyrillic alphabets, but this is not strictly correct. The Hangul alphabet is a unique alphabet in the sense that it has passed beyond the stage of phonemic characters. As explained above, “ㄱ” is a character in the shape of the root of the tongue blocking the throat. In other words, the Korean consonant has not only its own phoneme, but also its own “phoneme feature.”

Geoffrey Sampson, pointing out these characteristics of the Korean alphabet, has elevated the Hangul alphabet to the status of a “featural alphabet.” He concluded in his book that the Hangul alphabet is the most developed alphabet in the entire history of written language. And Ignace Gelb, an American linguist, remarked in his book A Study of Writing that it took 1400 years for hieroglyphics to become syllabic characters and another 800 years for the syllabic characters to become alphabetic.

The Korean alphabet bypassed 2,200 years of development to reach the stage of the “featural” alphabet, one step beyond the phonemic alphabet. Thus it is no exaggeration to say that the Hangul alphabet was a truly groundbreaking development in the history of written language.