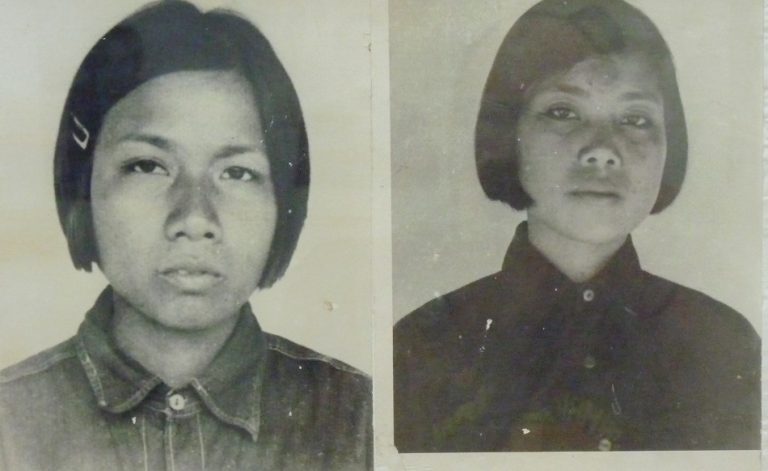 The brutal Khmer Rouge regime ruled Cambodia from 1975-1979, and during that time they were aided by communist China.

Under leader Pol Pot, the Chinese-armed Khmer Rouge overthrew the country in 1975, and after they took the capital Phnom Penh, they immediately ordered its evacuation.

Some 2 million people were sent out into rural areas and an estimated 20,000 died on the roads. Those who didn’t want to leave the city – such as the old and sick – were simply killed.

The emptying of Cambodia’s cities was a part of the Khmer Rouge’s goal to reeducate the population and create their version of an ideal state — a communal agrarian utopia renamed Democratic Kampuchea.

7 January marks the end of the Khmer Rouge regime in 1979. The Vietnamese entered Cambodia and stayed for ten years. I can tell you most in #Vietnam don’t call it ‘invasion’ and probably won’t. #war #genocide #Cambodia pic.twitter.com/dXRL5Lx5zc

Those who opposed their ideals were wiped out, and society was violently altered. The traditional family structure was abolished, as was money, religions, schools, and nearly all personal freedoms, among other things.

Khmer Rouge killed a quarter of the population

As they attempted to turn the country back to the Year Zero, the regime killed up to a quarter of the population (2 million people). As part of that, violent purges targeted certain groups, including ethnic Chinese.

In his book The Pol Pot Regime, academic Ben Kiernan wrote that out of a population of 430,000 ethnic Chinese in 1975, only about 215,000 survived the regime, reported the Cambodia Daily.

Despite this, the Chinese Communist Party was the Khmer Rouge’s main benefactor before, during, and after it came to power in Cambodia.

Andrew Mertha, director of the China and Asia-Pacific Studies program at Cornell University, told The New York Times that China provided at least 90 percent of the foreign aid  — including military equipment and advisers — given to the Khmer Rouge, including during times that the killings were at their worst.

“Without China’s assistance, the Khmer Rouge regime would not have lasted a week,” Mertha said.

Day 252 (1/7): After only a brief but deadly (2 million Cambodians) rule, Khmer Rouge regime under Pol Pot is toppled by Vietnamese in 1979, despite having played a role in his 1975 ascendance. Anti-modern, agrarian model dies with its government. #NHD365 #ConflictCompromise18 pic.twitter.com/bCrGcqFyCT

Among the 5,000 Chinese classified as technicians and working in the then-Democratic Kampuchea were advisors to Pol Pot and his Standing Committee, reported The Diplomat. Other sources say three times this amount of Chinese were in the country. The Chinese built roads, railways, and in the center of the country an airfield — where an estimated 50,000 Khmer slave laborers died.

Youk Chhang, executive director of the Documentation Center of Cambodia, told The New York Times the extent of the Chinese presence during the four-year rule of the Khmer Rouge. “Chinese advisers were there with the prison guards and all the way to the top leader,” Youk said. “China has never admitted or apologized for this.”

On this day in 1979, invading Vietnamese troops seized the Cambodian capital of Phnom Penh, overthrowing the genocidal regime of #PolPot and the #KhmerRouge. Between 1975 & 1978, an estimated two million Cambodians had died by execution, forced labor, and famine. #Cambodia pic.twitter.com/PCz7a3jQEf

Much of what happened had similarly been played out earlier in China during the 1960s with the so-called Great Leap Forward killing some 45 million people, and then the Cultural Revolution, which further tore apart the fabric of Chinese society.

Pol Pot had long been an admirer of China’s Mao Zedong and had spent time in China during 1966, the year that the Cultural Revolution began. Some say it impressed him.

“The forced evacuation of the cities, the execution of former government officials, military officers, and the educated; the rapid creation of communes and the frontal assault upon religion and individualism constituted an application and extension of Maoist ideology to the most extreme degree,” wrote Stephen J Morris in Why Vietnam Invaded Cambodia, reported the Phnom Penh Post.

“I believe that the [Khmer Rouge’s] ‘hyper Maoism’ was a conscious adaptation of the Great Leap Forward,” Morris told the Phnom Penh Post.

“Also, it was an attempt to show that [the Khmer Rouge] could be the greatest communist revolutionaries of all time, showing up not so much the Chinese as the Vietnamese, for whom they bore great resentment, and with regard to whom they had a great inferiority complex,” he said.

Have never been as moved or so completely shocked at what humans can do to each other than now. An afternoon in the Killing Fields of Pol Pot's regime in Cambodia. The killing tree for bashing children to death almost broke me. Peace is better than hateful ideologies pic.twitter.com/PDhs5hODxq

During the Khmer Rouge’s rule, the Chinese were the only ones to have a substantial presence in Cambodia.

The Chinese Communist Party supported Pol Pot to counter Vietnam, which had sided with the Soviet Union. At this time, China’s support for the Khmer Rouge was given the nod by Washington, which had sought to improve relations with Beijing. Led by the likes of Secretary of State Henry Kissinger, the U.S. aimed to undermine relationships among communist powers, in this case, pitting China against the Soviet Union and its communist allies in Vietnam.

As part of this, the Americans did not oppose the Chinese Communist Party’s support of the Khmer Rouge. A declassified transcript from a November 26, 1975 meeting between Kissinger and Thailand’s Foreign Minister Chatchai Chunhawan showed how Washington then viewed the Khmer Rouge.

At the meeting, Kissinger told Chatchai that “we bear no hostility towards” the Khmer Rouge. “We would like them to be independent as a counterweight to North Vietnam,” he said. “We don’t mind Chinese influence in Cambodia to balance North Vietnam.”

It should be noted that the American’s bombing of Cambodia (1965-1973) and invasion of the country’s eastern border regions in 1970, plus a perceived US-backed coup, are also seen as destabilizing factors that contributed to the rise of the Khmer Rouge.

During the 1980s, Pol Pot’s remaining guerrilla forces received military aid from Beijing, while his group had political backing in the U.N. by Washington’s opposition to Vietnam’s decade-long occupation of Cambodia.

The Khmer Rouge’s influence decreased after a 1991 ceasefire agreement was signed. In 1998, Pol Pot died without facing justice. Not long after, the Khmer Rouge no longer existed as a functioning group.