The Significance of Animal Statues in the Forbidden City 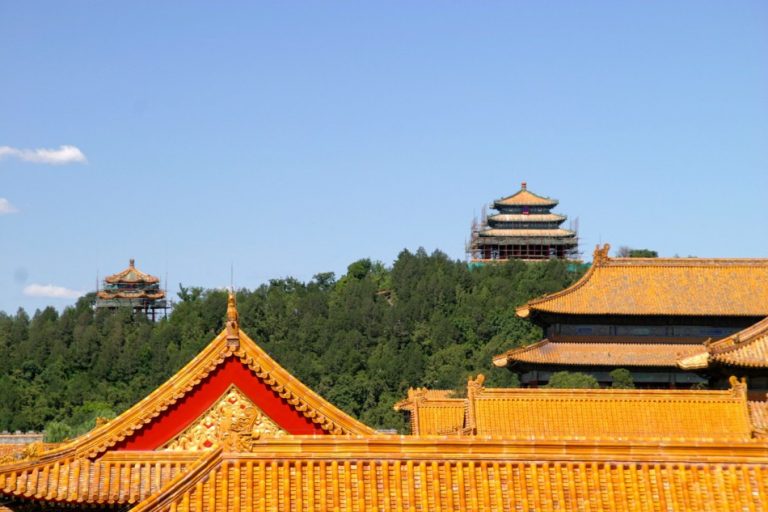 The animal statues inside the Forbidden City all have their place and purpose. (Image via Pixabay )

The animal statues inside the Forbidden City all have their place and purpose. They were arranged for peace and harmony. Each statue was set in a fixed position and meant to endure the centuries, appealing to the heavens for the preservation and long-lasting prosperity of the ruling dynasty.

Animal statues in the Forbidden City

The entrance to the Hall of Supreme Harmony is flanked by two bronze lions sitting on blocks of white marble. They are the guardians of the Main Hall. A male lion is on the right side, with a female on the left. The male holds a globe under his right forepaw, symbolizing Imperial rule that unifies the world. The female is playing with a cub with her left forepaw, symbolizing abundant offspring for the emperor.

The lion is called “the king of beasts.” It often shows up in the classical literature and artwork of Buddhism. Manjushri, the Wisdom Buddha, is depicted riding on a lion. For this reason, the lion is considered even more auspicious.

The turtle is a symbol of longevity. Since ancient times, it has been regarded as one of the four sacred animals in China. Each animal represents a direction and a season. There is the Azure Dragon of the East, the Vermilion Bird of the South, the White Tiger of the West, and the Black Turtle of the North. The turtle has great strength and can carry heavy loads. For this reason, the turtle is often used as the base for monuments.

However, the bronze turtle outside the Hall of Supreme Harmony was made without any burden to bear. It sits as though on a high throne, stretching its neck, looking up at the blue sky with a proud demeanor.

Another symbol of longevity, the crane, was respected by ancient Chinese for its long life, and was regarded as a symbol of immortality.

There are a pair of bronze turtles and a pair of bronze cranes in front of the Hall of Supreme Harmony. They represent the longevity and eternal reign of the emperor. Each statue was ingeniously made with a hollow belly and an opening on the body. During ceremonies held at the Hall, incense was burned in the belly of the statues. White smoke would come out from the mouths of the bronze statues. It filled the front of the hall, floating around the surrounding palaces, and created an atmosphere of reverence.

Translated by Jean Chen and edited by Mikel Davis