Boy Who Fell Into the Enclosure of Harambe, the Cincinnati Zoo Gorilla 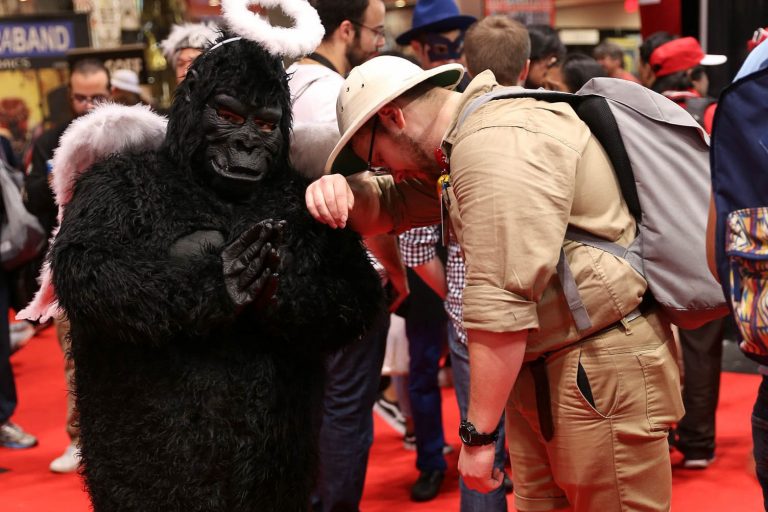 The gorilla, named Harambe, only had 10 more minutes to live after a boy climbed over the barrier of his enclosure at the Cincinnati Zoo and dropped down five meters into Harambe’s shallow water pit in 2016.

Harambe, a silverback gorilla, was shot dead in order to save the 4-year-old boy after he had managed to climb over the barrier and accidentally fall into the gorilla’s enclosure.

In statements, the zoo said it had to shoot the gorilla to save the life of the little boy, but many people disagreed.

According to the Independent:

“The outcry at the death of Harambe was so strong that the zoo was forced to plead with people to stop ‘constantly mentioning’ Harambe and creating memes about the dead gorilla.”

After observing the boy, Harambe dragged him to the shallow corner of the water pit and positioned himself before the boy as if protectively shielding him.

After this, the gorilla can be seen pulling the boy through the water. This is normal and playful behavior among gorillas, as a baby gorilla would use the inertia to swing onto the gorilla’s back.

But the boy doesn’t know this, becomes frightened, and starts crying.

Many animal behavior experts have been quoted by others claiming that the gorilla showed no signs of aggression.

When the child’s mother also began to scream and along with her the crowd of people around the cage became even more distressed, the gorilla again grabbed the boy and dragged him away.

In footage of the incident, the gorilla can be seen looking around, somewhat unsettled by the commotion around him. Harambe then grabs the boy and runs away, and puts the boy down elsewhere.

Taking note of all the commotion and what had happened, the zoo manager gives the order to kill Harambe in order to protect the boy.

While the debate took on a life of its own among netizens, the mourned-after Gorilla became elevated to something of a celebrity through all the attention the debate about the circumstances of his death received.