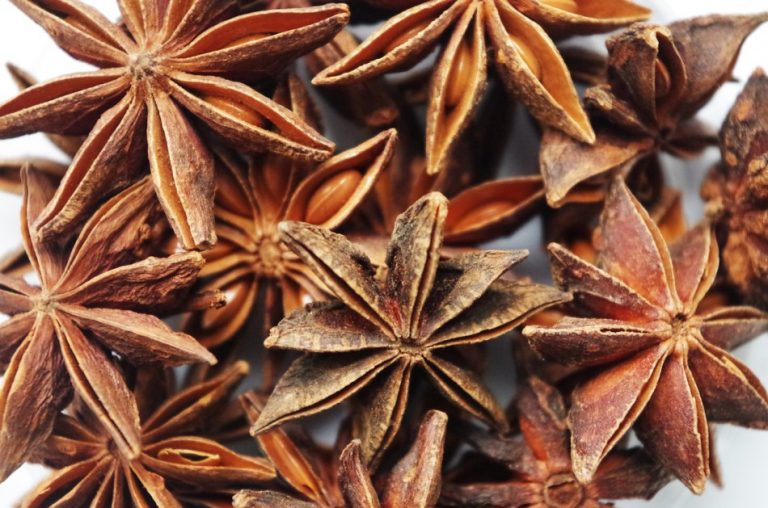 During my formative years in Germany, star anise was the flavor of choice to add to plum jams that we cooked and preserved for the winter. (Image: via pixabay)

During my formative years in Germany, star anise was the flavor of choice to add to plum jams that we cooked and preserved for the winter. The spice gave the jam a fragrant, licorice-like fragrance, which we were so fond of. I have kept this family tradition since moving to the United States. I have vastly enlarged my repertoire for the use of this Asian spice, a plant belonging to the evergreen magnolia family.

The proper botanical name for star anise is Illicium verum, and it is known in China as ba jiao. Star anise is commercially grown in Southwest China and Vietnam, and it is exported worldwide. This spice is also the source for the medicine Tamiflu, so sought after at the moment because of the swine flu scare. There was a brief shortage of star anise in 2005, sufficiently so that it prompted Swiss pharmaceutical giant Roche to extract the active ingredient, shikimic acid, by fermenting E. coli bacteria.

I have suffered harshly from the effects of E. coli. The thought that this bacteria could cure anything is a bit bizarre. Nevertheless, Roche uses 90 percent of the annual star anise harvest to make the flu drug.

Chinese folklore believed that chewing the seeds from star anise could freshen the breath, aid digestion, and minimize the effects of certain types of arthritis. I prefer to use star anise to impart a memorable flavor to delicious foods. It plays a key role in the slow-cooked dishes that characterize Eastern Chinese cuisine. The licorice/anise flavor enhances red-cooked dishes, and it is one of the ingredients in Chinese Five Spice powder. In slow-cooked dishes, it is best to add star anise whole, not broken into pieces, and to remove the spice before serving the dish.