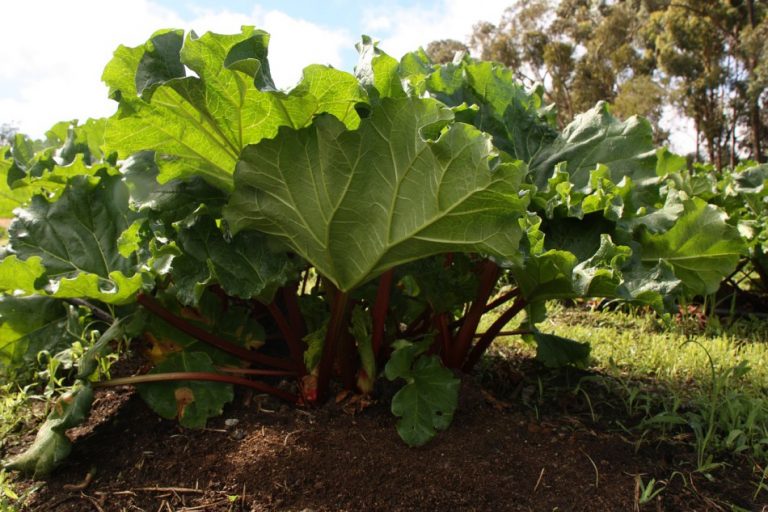 Scientists from Sheffield Hallam University and the Scottish Crop Research Institute discovered that baking British garden rhubarb for 20 minutes increased its levels of certain anti-cancer chemicals called polyphenols. These chemicals have antioxidant properties, which have been shown to stop and prevent the growth of cancer cells. So eating baked rhubarb is a potention way to treat cancer.

Asian medicinal rhubarb has long been known to possess health benefits and has been used in Chinese medicine for thousands of years. This is the first time researchers have studied British garden rhubarb — specifically, a variety from South Yorkshire.

After identifying over 40 different polyphenol components in the raw rhubarb, the researchers looked at the effects of different cooking methods and length of cooking on the chemical composition of the rhubarb.

The researchers hope to use the results of the study, which was published in the March 15th issue of the journal Food Science, to investigate the effects of rhubarb polyphenols on leukemia in combination with chemotherapy.

“Our research has shown that British rhubarb is a potential source of pharmacological agents that may be used to develop new anti-cancerous drugs,” said Dr. Nikki Jordan-Mahy, from Sheffield Hallam University’s Biomedical Research Center, in a press release.

“Current treatments are not effective in all cancers and resistance is a common problem. Cancer affects one in three individuals in the UK, so it’s very important to discover novel, less toxic, treatments that can overcome resistance.”