Senator Penny Wong Speaks for Peace in a Time of Disruption 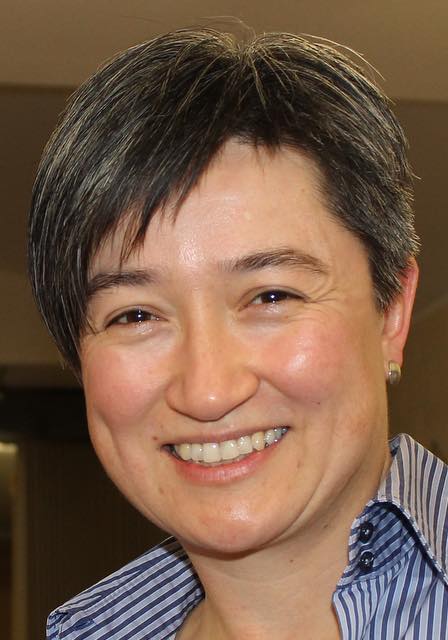 Senator Penny Wong is Australia’s Opposition Leader in the Senate and Labor’s Shadow Minister for Foreign Affairs. This position gives her the opportunity to show her good international citizenship by supporting peace, prosperity, and stability through a commitment to the rules-based international order.

Penny Wong lived in Kota Kinabalu, and her family migrated to Australia when she was 8 years old. Since then, Penny has achieved greatness, being elected as Leader of the Government in the Senate in 2013. With a change of government in 2013, she became the Leader of the Opposition in the Senate, becoming the first woman to hold these positions in the Australian parliament.

“It is a single honor to have been invited to Singapore’s premier public policy instituition named in his honor.”

Penny Wong spoke about topics that showed her international citizenship knowledge from living in Asian and Australian cultures. She covered global problems and situations to do with trade and the association of countries, both small and big. This gave her audience an awareness that perhaps may contribute to creating a more peaceful and prosperous worldwide community.

Some topics raised in her speech were about ASEAN, the International rules based-system, the Trans-Pacific Partnership, and the Australian Labor Party. She also added her insights on U.S. President Trump’s views and actions, and her knowledge of China’s military, trade, and involvement in the worldwide community:

“China’s Belt and Road Initiative, however, is a game-changer. It employs economic power as an expression of strategic power, linking a new community of nations as both contributors to, and beneficiaries of, China’s remarkable growth. That is the strategic force of the BRI: It is a radically different approach to the assertion of power.

Our best response to the BRI will be to encourage China and its partners to align the standards and processes of the various projects under the Initiative with the rules and norms of our existing international institutions.”

This was an inspiring speech that raised awareness with an explanation from many angles, and also gave solutions that the Australian Labor Party will promote if they are voted into power in the next election. Her speech concluded with more of an understanding of activities, including a suggestion that communicating with China, Japan, Russia, and the U.S. would be of great benefit, rather than just talking about them.

“Australian sovereignty is paramount, and governments of the day should always take the advice of the security agencies and act accordingly. I do have some concerns that when you are discussing operational matters through the media, I’m not sure that is a helpful way to deal with national security matters.”

Gilbert: “Is it all about China? This sort of stepped up effort in terms of foreign interference.”

“I think it is always important to do two things. Firstly, to make sure you safeguard Australia’s sovereignty — obviously that’s paramount — but secondly, not to cause undue concern through excessive comment in the media. My view about this is we would take the advice of security agencies, were we in Government, and act accordingly.”

Penny Wong explains to Kieran Gilbert that she is a member of the committee that looks at all legislation dealing with national security matters. Her view of the current Liberal Party leadership’s way of communicating with the Chinese Government was also expressed:

“My view about it is this — we should approach China with respect, but not fear. I thought Barnaby Joyce’s comment were reckless. The Prime Minister was right and the Foreign Minister was right to distance themselves from them. But the problem is you have a Government that is making a series of clumsy and ham-fisted statements and contradictory, which you have outlined. That is not the way you deal with an important relationship such as the one we have with China.”

Penny Wong agrees with current the Liberal Government that China and other countries are not a threat to Australia, except for North Korea, and believes constructive relationships should be made with those nations:

“There are times our interests will differ and Australia will continue to need to assert our national interests even when they differ from other nations. But that’s the nature of diplomacy, the nature of international relations.”

Senator Penny Wong’s entire speech can be read at pennywong.com.au

The entire Sky News interview can be read at pennywong.com.au