Unique Guesthouses With Their Mysterious Tunnels 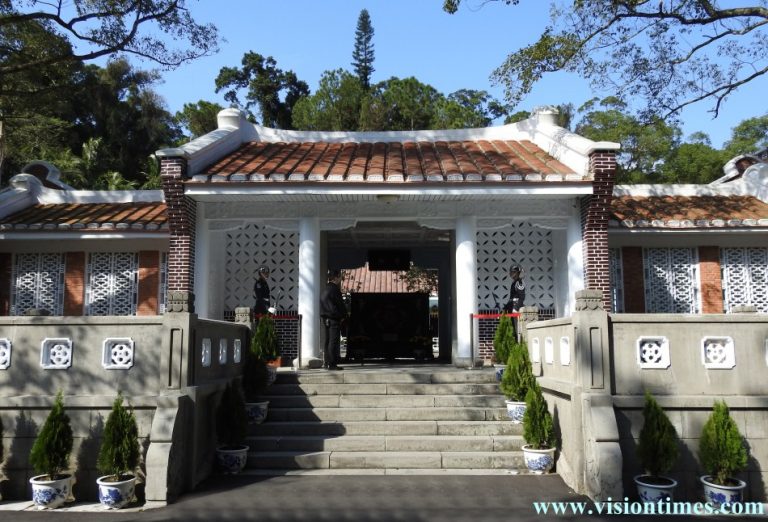 In addition to the Shilin Official Residence located in Taipei City, there were about 30 guesthouses scattered across Taiwan exclusively for Chiang Kai-shek (1887-1975), late president of the Republic of China (Taiwan), also known as Generalissimo Chiang, to stay during his lifetime. Many of them have since been converted into museums, literature centers, or hotels. Among them, the Cihu Guesthouse (慈湖賓館) and the Jiabanshan Guesthouse (角板山賓館) are the two most popular guesthouses.

Please watch this video of late president Chiang Kai-shek’s guesthouses with their tunnels:

Located at Daxi Township (大溪鎮) in northern Taoyuan City, the Cihu Guesthouse was built in 1959. It was transformed into the resting place of Chiang Kai-shek’s remains after he passed away in 1975, and was renamed the Cihu Mausoleum (慈湖陵寑). In fact, the mausoleum is his temporary resting site, as Chiang hoped to be buried in his hometown in mainland China once it was recovered by the Republic of China (Taiwan).

Cihu is an immense area encompassing a southern Fujianese-style four-sided brick compound, two large lakes, and a sculpture park filled with 152 statues of the late Generalissimo. The two lakes cover an area of 5 acres (2 hectares) and 3 acres (1.2 hectares) respectively, and have a canal connecting each.

The Back Cihu is situated behind the Cihu Mausoleum and is connected to the mausoleum by an F-shaped 150-meter long underground air-raid defense tunnel. Additionally, there are five war preparation offices in the Back Cihu, serving as a command post in case Taiwan comes under attack from mainland China.

There is a beautiful footpath between the mausoleum and the Chiang Kai-shek Memorial Sculpture Park, with plum, cypress, and bamboo trees on each side. Covering an area of just under 10 acres (4 hectares), it is the only sculpture park in the world dedicated to a single individual.

Chiang Kai-shek’s son, President Chiang Ching-kuo, was entombed at the nearby Touliao Mausoleum (頭寮陵寢) in Daxi Township after he died in 1988, so Daxi is often referred to as the “Township of the Presidents.”

Located at Fuxing District of Taoyuan City, the Jiabanshan Guesthouse (角板山賓館) was built in 1960. The triangular terrace at Jiaobanshan resembles the architecture in Chiang Kai-shek’s hometown of Xikou in China’s Zhejiang Province, thus he named it the Xikou Terrace (溪口台地) and had a guesthouse built there.

Taiwan’s guesthouses offer many unique things to do and see

The guesthouse and the adjacent park span about 15 acres (6 hectares). The Sculpture Park next to guesthouse accommodates art installations of 12 world-class artists. It is the first of its kind in Taiwan. In addition, there are many pine, cypress, plum, bamboo trees in the park, making it a unique seasonal area, especially during the plum blossom season from December to January.

In the park, visitors can overlook the beautiful Xikou Terrace and the elegant New Xikou Suspension  Bridge from the Jiabanshan  Park. The Suspension Bridge is 303 meters long and 1.2 meters wide, which was completed recently to replace the original one constructed 40 years ago.

The most striking element of Jiabanshan is its military tunnel close to the Jiabanshan Guesthouse. Constructed in 1963 to ensure Chiang Kai-shek’s safety and also serve as a command post in case of war, the tunnel is 100 meters (328 ft) long, 4 meters (13 ft) wide, and 3 meters (9.8 ft) high. It also has a 100-meter interactive 3D mural on its walls.

Ever since these guesthouses, mausoleums, and their surrounding parks became unrestricted, they have become popular tourist attractions and one of the must-sees for visitors from mainland China.