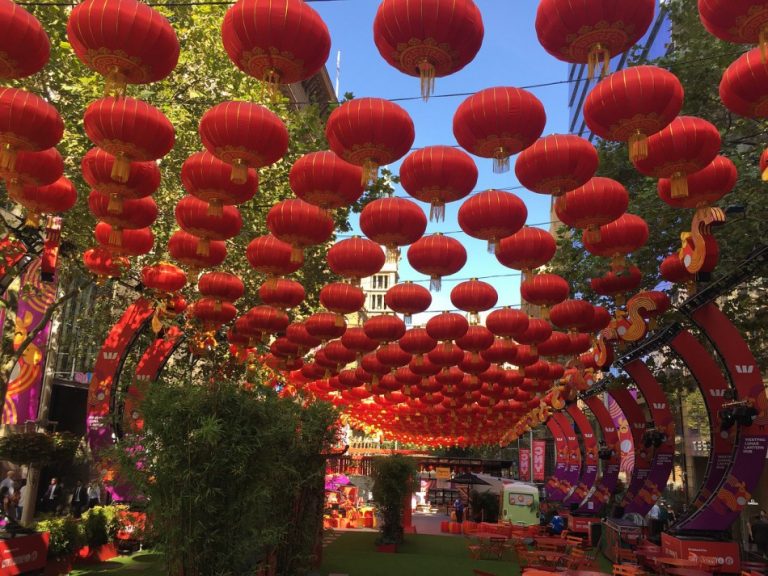 Chinese New Year is coming on February 16. This year, we will welcome the Year of the Dog. The 11th animal in the Chinese zodiac, the dog usually represents loyalty, courage, bravery, and honesty. Chinese zodiac signs are closely connected with the five elements: metal, wood, water, fire, and earth. The dog is associated with earth.

There are four main traditions for Chinese New Year. The first is to give the traditional greeting “Gong xi fa cai,” which translates to “wishing you a wealthy and prosperous year.”

The second tradition is to give “lai shi.” These are red envelopes containing money. Adults give them to children as their New Year gift. Some children, hoping to save up for something they really want, will put the money in their piggy banks. Other children ask their parents to hold onto it for them.

It is also common practice that on the first day of work after the New Year holiday, the boss will give employees red envelopes. Residents living in a building give red envelopes to the building concierge, and people generally give red envelopes to those who provide service to them, such as cleaners, waiters, and domestic help. It is considered the proper way to show your appreciation for their service during the holiday.

Usually, each envelope contains brand new, uncirculated banknotes. The amount depends on who the recipient is. For children in the family, the amount is about 100 Hong Kong dollars (US$10) and for service people, it is around 50 HKD (US$5) per envelope. Staff at a restaurant or gas station usually get 20 HKD (US$2) from customers, while office staff can expect to get 500 HKD (US$50) from their bosses.

The third tradition for Chinese New Year is to buy fresh flowers for the house. It not only creates a holiday atmosphere, but is also thought to bring luck.

Buying bamboo in a pot is thought to bring about a prosperous business in the new year. A peach tree with pink flowers brings good luck in marriage, and chrysanthemums bring longevity.

The fourth tradition is the big family meal. In the same way that North Americans have traditional holiday meals during Thanksgiving and Christmas, Chinese people, and especially the people of Hong Kong, pay particular attention to the Chinese New Year’s dinner.

Sweet rice balls (tāng​yuán) for dessert bring happiness and unity for the family, since the rice balls stick together as any good family should.

There are just so many traditions for the Chinese New Year. In the next article, we will look more closely at the Year of the Dog.