Origin and Brief History of Mooncakes 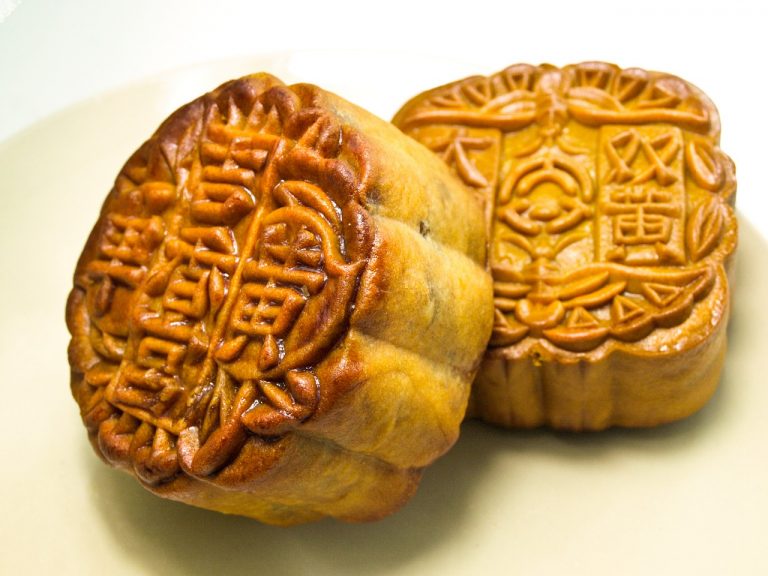 Moon cakes are symbols of harmony, family reunion, and good fortune, and these meanings are important to the Chinese people today. (Image: daniel64 via Pixabay)

The Mid-Autumn Festival usually falls in September or early October. In China, mooncakes have blanketed markets. Were it not for the Mid-Autumn Festival and its traditions, the mooncake may have been banished by today’s populace who seek low-fat, low-sugar foods. They are symbols of harmony, family reunion, and good fortune, and these meanings are important to the Chinese people today.

The mooncake had several names. Previously, before it was called mooncake, it was called the Hu cake, royal court cake, small cake, or reunion cake. It was primarily used as an offering to the Moon God. As the culture changed throughout history, it became a food item for the Mid-Autumn Festival. Along with many other folk traditions, mooncakes have lost their divinity and poetic values, and have become increasingly secular.

The earliest mooncake appeared to be associated with Wen Zhong, a legendary teacher from the Shang period (1600-1046 B.C.). In Zhejiang Province in southern China, a type of thin-edged cake named “Teacher’s Cake” was developed. This is the origin of the mooncake.

At that time, there were many cake shops in the Tang capital of Chang’An. One Mid-Autumn Festival, Emperor Xuanzong tried a Hu cake and marveled at its taste. His concubine, Lady Yang, looked up in the evening sky and saw the full moon. She suggested naming the confection mooncakes.

During the Song Dynasty (960-1279), mooncakes were also called “small cakes” and “moon balls.” Although the famous poet Su Dongpo wrote a poem about “small cakes,” people still called them mooncakes.

In the Ming (1368-1644) and Qing (16441911) dynasties, cosmetic improvements were made to mooncakes. The shell of the mooncake became more delicate, but not much else has changed over the years. Like many other forms of art, once it reached its artistic height, it became difficult to improve on it.

As time went by, they have also developed regional characteristics based on local foods and customs. There are now Beijing-style, Suzhou-style, Guangdong-style, Chaozhou-style, and Sichuan-style mooncakes. Beijing-style have a crispy brown shell, while Suzhou-style have multiple layers of thin, pale crust. Guangzhou-style have a thick, soft shell and a variety of fillings. In Muslim areas, residents use beef as fillings. In Taiwan, sweet potatoes are also used for the filling in them.

In recent years, as technology has improved, some new types of mooncakes have emerged. Such new inventions include ice-shelled ones that do not require baking, but need to be kept frozen, vegetable or fruit ones, abalone or fish fin filled seafood ones, coconut milk ones, and animal-shaped ones.

The packaging has also become more luxurious. It almost feels like it is trying to compete with the mooncakes themselves. Hopefully, this is only a process of exploration, and the makers will return to focusing their attention on improving the mooncake.