Was Halitosis Invented by Listerine? 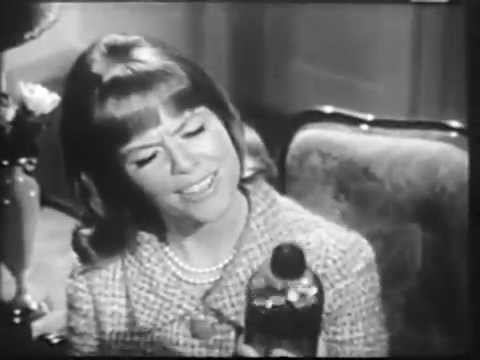 Before I start, I am not saying Listerine invented bad breath — human mouths have stunk for millennia and there are ancient breath-freshening solutions to prove it. The question is: Was halitosis invented by Listerine? The answer is yes.

The birth of Listerine

Its uses were varied. Listerine was applied to wounds or to areas likely to become infected. Eventually, it was distilled and sold as a floor cleaner, as a foot scrub, and as a cure for Gonorrhea — it was kind of a jack-of-all trade’s product. From the 1930s into the 1950s, advertisements claimed that applying Listerine to the scalp could prevent “infectious dandruff.”

In fact, from 1921 until the mid-1970s, Listerine was also marketed as a preventive and remedy for colds and sore throats. However, in 1976, the Federal Trade Commission ruled that these claims were misleading and that Listerine had “no efficacy” at either preventing or alleviating the symptoms of sore throats and colds.

Lawrence hoped to promote Listerine’s use as a general germicide as well as a surgical antiseptic, and licensed his formula to a local pharmacist named Jordan Wheat Lambert in 1881. Lambert subsequently started the Lambert Pharmacal Company, marketing Listerine.

Listerine was then promoted to dentists for oral care in 1895, and was the first over-the-counter mouthwash sold in the United States in 1914.

In the 1920s, the average person bathed once a week, never put on deodorant, and body odors — including bad breath — were accepted as part of life. Because mouthwash didn’t attract a lot of attention, the company knew they weren’t marketing their product well.

As a result, people began to believe that they had a medical condition, not just an embarrassing flaw that had to be covered up. Now all they had to do was pitch Listerine as a solution for the new medical condition called “halitosis.”

This began Listerine’s 1920’s aggressive marketing campaign in which a market for mouthwash was essentially created from nothing.

Jordan Wheat Lambert, and his son, Gerard, came up with a marketing plan that would forever change the dental aisle forever. Some of the hardest-selling ads of all time were being displayed showing distressed young women with the headline:

“Often a bridesmaid, but never a bride.”

With such grief-stricken text as:

“Edna’s case was really a pathetic one. Like every woman, her primary ambition was to marry” — an ambition thwarted, as she aged “toward that tragic 30 mark, by halitosis.”

When the Lamberts put the medical-sounding “halitosis” in their ads, they framed it as a health condition that was keeping people from being their very best selves. There were advertisements in many papers talking about the sad, unmarried Edna, “who remained single as she watched her friends getting married. It’s not that she wasn’t a great gal! It’s just, she had this condition.”

Having bad breath was now considered a social taboo; as a result, people began to believe that they had a condition that could be treated with the antiseptic Listerine. Lambert Pharmacal played off of their audience’s insecurities with messages like:

“Friends and family would talk behind your back if your breath was offensive, but they’d never tell you.”

A later Listerine campaign featured forlorn young women and men, eager to get married, but turned off by their mate’s rotten breath, with one woman in the ad asking:

“Can I be happy with him in spite of that?”

These ads proved to be extremely successful because who wants to suffer from a health condition? No one!

Until that time, bad breath was not conventionally considered such a catastrophe. But Listerine changed that. Today, the advertising world experts claim that Listerine did not make mouthwash as much as it made halitosis.

The results were staggering In just seven years, the company’s revenues rose from $115,000 to more than $8 million. Even so, Lambert kept trying to sell the public on new uses for Listerine, making claims that it worked as toothpaste, deodorant, and a cure for dandruff.

At that time, Listerine wasn’t even a normal bottle of mouthwash you could pick up from the grocery store. You needed to have a prescription for the cure. But as their medical symptom caught people’s attention, its popularity exploded, and it started selling without a prescription.

Before Listerine’s marketing strategy, we never thought twice about having bad breath. Now, we spend over 658.4 million dollars in the U.S. just to have minty-fresh breath!