Boy With Autism Is Youngest Certified Yoga Instructor in the World 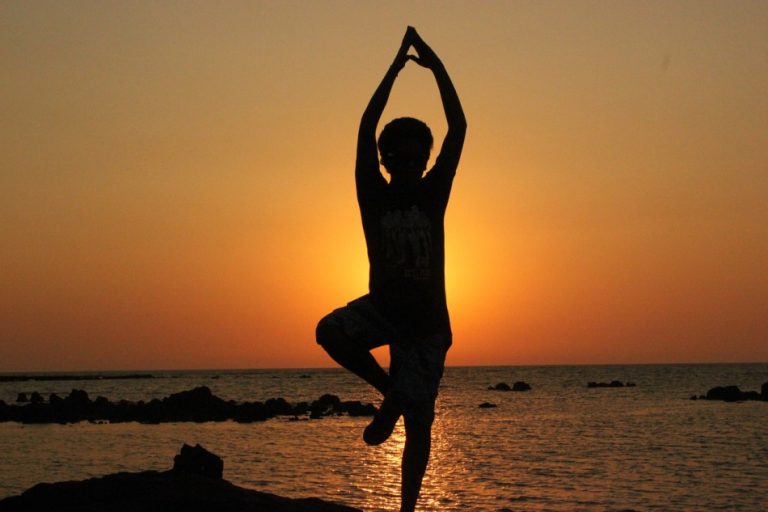 Sun Chuyang, a Chinese boy from Wenling (a city in the municipal region of Taizhou in southeastern Zhejiang Province along the East China Sea), became the youngest certified yoga instructor in the world at the age of six. Now 7 years old, he has trained more than 100 students and earned more than 100,000 yuan (approximately US$15,800). From a very young age, he started learning yoga to help deal with his autism. No one ever expected that this would open the door to a new life for him.

While other children his age were still making mudpies, Chuyang, whose English name is Mike, began studying yoga with a professional teacher. After three years of study, he received certification to become a yoga instructor and, at 6 years old, became the youngest certified yoga instructor in the world.

According to Mike’s agent, Lin Mengding, the boy’s parents were busy with work so they put him under the care of a nanny. At the age of two, he was diagnosed with slight autism. His mother, Ye Wenyun, felt remorseful and decided to close the clothing store she had owned for more than 10 years in order to become a stay-at-home mom. She took her child to practice yoga with her, hoping that this would help them bond more closely.

Mike’s mom never expected that her son would display a natural talent for yoga postures. At the age of three, he was able to complete a full lesson and easily remember every move of the course.

Lin Mengding said that Mike has a gift for yoga and that his instructor mentioned that he has a good memory. During class, he may seem not to be attentive, but he could demonstrate the complete set of movements after the class. In the heat of summer even without the air-conditioning on in the classroom, Mike still practiced, sweating profusely, but never complaining.

According to reports, after practicing for two years, Mike became lively and cheerful. By the time he turned six, his skill at yoga attracted the attention of several local yoga centers. They were eager to recruit him to teach classes to adults as well as children in his age group.

At present, Mike is in first grade and has become a role model to his classmates. Some of them are his former yoga students. Mike continues to practice yoga for further improvement and has appeared on several television shows.

Translated by Chua BC and edited by Mike Davis