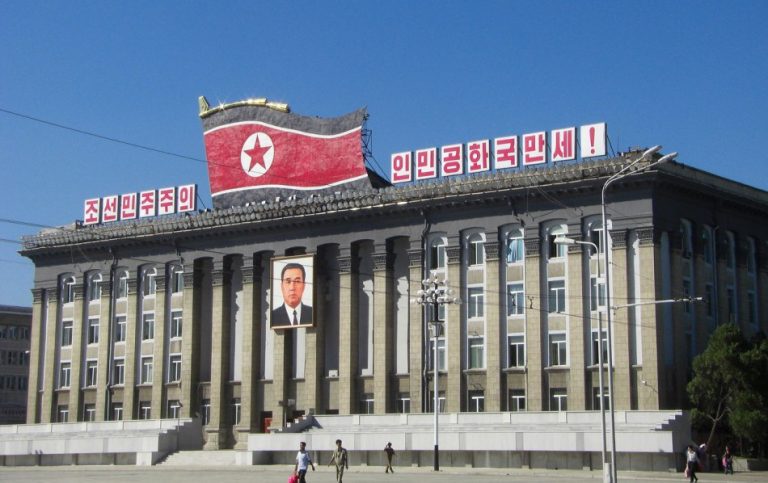 North Korea is apparently taking ‘unprecedented measures’ to deal with COVID-19 spreading in the nation, with the totalitarian Kim regime ordering health officials to remain absolutely obedient to state instructions. (Image: via Pixabay )

The Democratic People’s Republic of Korea (DPRK), North Korea, is one of the most secretive regimes in the world; however, thanks to defectors and spies, we have been able to get at least a small glimpse into daily life within the hermit kingdom. So what is it like in North Korea?

Isolated from much of the world, North Korean laws take away the basic rights of its people and force some bizarre totalitarian rules on them. Some of the more unusual ones are the strange laws that govern its society and are reflective of the incredible paranoia the small state is renowned for.

When traveling in North Korea, it’s a safe bet to assume that you will be under constant surveillance. The government security personnel closely monitor the activities and conversations of all foreigners. Hotel rooms, telephones, and fax machines are most likely to be monitored, and personal possessions in hotel rooms are likely to be searched.

It’s also illegal to wear blue jeans, as denim symbolizes the enemy, the United States of America. Here are some other things you can expect if you go to North Korea.

The country expects total obedience to the state, there is no “dissension” in North Korea, and travelers must abide by this. This is a country where curiosity could get you or your guide killed — it’s as simple as that.

Tourism in North Korea is unlike anywhere else in the world; every movement is controlled, watched, and carefully planned by the government. All tour guides are from the Korean International Travel Company, and you can forget any notions of independent, adventure, or solo travel, as traveling around the country is only possible as part of a guided tour — this includes leaving your hotel.

You will not be able to travel on the public transport system at all, and both you and your guide will be punished if you infringe the rules.

Upon arriving, your guide will take your passport and keep it for “security reasons.” So it’s best to make sure your passport looks decent and doesn’t differ from the most common passports from your country. You will also need to forgo your phone, as border officials routinely confiscate visitors’ cell phones, and they will only be returned upon departure.

You will not be allowed to talk to anyone or access anything that is not part of your authorized tour. So if you were hoping to gain an insight into how local North Korean people live, think again. All tours are highly choreographed; you will visit only authorized sites, shop in approved stores, and speak only to official guides.

If you break any of the rules of the tour, you will be placing your guide at serious risk. They will be subjected to imprisonment and even torture for assisting your “espionage.” International phone calls are also illegal, with several people having been executed for trying to contact their relatives in South Korea.

All tour groups are asked to solemnly bow and lay flowers on one or two occasions in front of statues of Kim Il-sung when visiting monuments of national importance. It is best to always act in a respectful manner around images of North Korean leaders. According to defectors, sarcasm is not a thing in North Korea; whatever you say is taken seriously, so be very careful.

It is a criminal act to show disrespect to the country’s current and former leaders, so it best to behave respectfully and keep any negative thoughts or opinions to yourself. Any persons, including you, found violating the laws of North Korea, even unknowingly, may be expelled, arrested, or imprisoned.

Any unauthorized activities will be seen as an attempt at espionage; this includes traveling unescorted without explicit official authorization, and any attempt to talk to a North Korean citizen. It is best to remain with a guide and never do anything that may draw attention to yourself.

You can be fined or even arrested for unauthorized currency transactions, or for shopping at stores that are not designated for foreigners.

If you take pictures without permission, authorities may take the pictures as espionage, leading to them confiscating cameras and film, and detaining you. Any photographs showing scenes of poverty or anything that may cause a negative impression may also result in confiscation. Before taking any photos, it’s wise to ask permission; this includes taking photos of any officials, soldiers, or other people.

Do not take down any propaganda posters; U.S. student Otto Warmbier found out the hard way after messing with state propaganda. He was sentenced to years of hard labor.

While we enjoy a huge amount of channels, don’t expect it in North Korea. There are only three channels, two of which are only available on weekends, while the other is only on in the evenings. The authoritarian state controls all information and communication; therefore, everything that goes on the TV is controlled by the government.

In two years, North Korea publicly executed around 130 people for watching South Korean TV. The last time they had a public execution, 80 people were shot, with the authorities forcing around 10,000 people, including children, to watch on.

The upside is you will not be affected by any serious crime, as your visit will be so tightly controlled. You will not ever be in a position to be a victim of crime. However, you may still be a victim of petty theft, particularly at Pyongyang airport and in public markets.

While some laws are comical, it’s important to reflect on how these bizarre laws could affect the populace. All this certainly explains the strained, nervous faces of North Korean citizens when they are shown in documentaries or on the news.